Italian invasion: Five of the best and worst Italians to ever play in England

There haven’t been too many Italians that have made that considerably bold step leap of moving from the proverbial comfort zone of Serie A to the Premier League. Although if young Federico Macheda needs any advice on how he may be able to forge a long and fruitful career at Old Trafford then he may be best served having a quick glance at my run down of five of the best (and worst) Italians to have plied their trade in England’s top flight.

Some of the names on this list are remembered with fond memories of success and silverware. These Italians made a difference when they stepped on the pitch. Some of the other names, however, make some supporters cringe to this day. One look at a couple of these names will have some people throwing their hands up in disgust.

It’s time to take a look at the best and worst Italy had to offer the Premier League. Ladies and gentleman, welcome to the Italian invasion!

If you had to compile a list of the foreign players that have changed the face of the Premier League I’m pretty sure this ‘clever little so-and-so’ would rank towards the top of nearly all of your selections.

Zola was Chelsea’s creative spark during the late nineties helping guide the West London club to their first FA Cup triumph in some 27 years.

The diminutive, pocket-rocket playmaker would go on to win another FA Cup in 2000 as well as a UEFA Cup Winners Cup in 1998 (Chelsea’s first European trophy since 1971 would you believe) amongst many other personal and team accolades.

The king of controversy, whether you loved him or despised him, Di Canio certainly made a significant impression in English football.

He may well be most remembered for that now rather infamous push but there was certainly more to Di Canio than petulant behaviour and goaded reactions.

Despite failing to claim any silverware during his time in British football, Di Canio’s goals and bad boy attitude made him an instant hero with West Ham fans and who can forget one of the greatest goals ever scored in the Premier League. 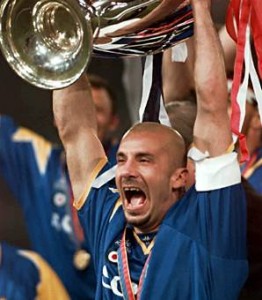 It’s hard to categorically state that Gianluca Vialli was an overriding success during his playing career in England because at the end of the day, he wasn’t.

This was mainly due to the fact that he rarely saw eye to eye with his then manager Ruud Gullit which was a shame as Vialli definitely possessed the ability to warrant more playing time in Chelsea blue.

Although I am going to tepidly place him in this category purely because when he was selected, he rarely failed to disappoint. As well as winning the FA Cup in his first season with the Blues (including two goals in the 4-2 comeback victory over Liverpool), Vialli scored 40 goals for Chelsea and went on to do a pretty decent job as manager of the club too. 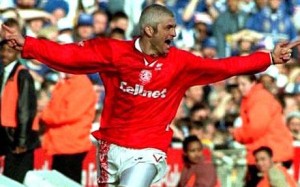 Don’t tell me you’ve never done it? You know, the Ravanelli! Park football was never to be the same again after this ‘white feather’ revolutionised signature celebrations with his shirt over head routine.

Ravanelli announced himself in England with a hat-trick on his debut for Middlesbrough against Liverpool in 1996 and despite enduring an ultimately disappointing season of relegation, the silver haired hit man notched up an impressive tally of 31 goals.

The Perugia born striker would go on to join Derby County later in his career and although he managed nine league goals in his first season with the Rams, he couldn’t prevent the club from sliding into the First Division. 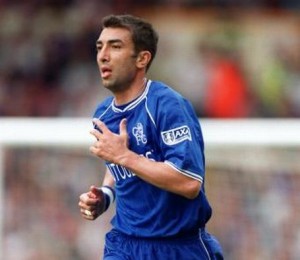 Another one of Chelsea’s Italian trio who adapted superbly well to his new English surroundings and was one of the main catalysts behind the clubs 1997 and 2000 FA Cup successes.

Di Matteo was the master of the pass and he wasn’t half bad at finding the back of the net from range either. During six years with Chelsea, Di Matteo made 175 appearances for the club, scoring 26 goals and winning six trophies along the way.

The Swiss born midfielder was sadly forced to retire from football in 2002 after failing to recover from a serious triple leg fracture but he’s since shown that he’s something of a dab hand when it comes to the tactics board too! 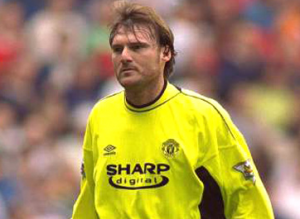 Manchester United fans look away now! Massimo Taibi, the somewhat calamitous Italian goalkeeper will be rather regrettably remembered for his disastrous one year spell with the English giants.

Sir Alex Ferguson splashed out £4 million to bring the Venezia stopper to Old Trafford and despite playing a blinder in his debut against Liverpool, the signs thereafter were pretty ominous.

It would be against Southampton in only his third game in England that Taibi would make his most glaring blunder. A gem for every conceivable football gaffe DVD released ever since as he allowed Matt Le Tissier’s tame 35-yard effort to spill under his body and into the empty net.

Taibi would play only one further game in a Manchester United goalkeeper jersey. A 5-0 defeat to Chelsea which ended United’s 29 game unbeaten run. Need I say anymore?! 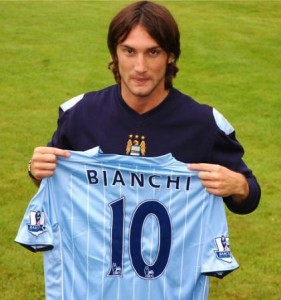 It all looked rather good for Bianchi when he first joined Manchester City. A goal on his debut against West Ham was followed up with a 20-yard strike against Bristol City in the Carling Cup a few games later but his Eastlands career effectively failed to come to life thereafter.

With Sven Goran Eriksson shelling out nearly £9 million to land a player who the season before had been one of the top scorers in Serie A with lowly Reggina, you perhaps would have expected a better return than five goals in 24 games.

Bianchi will blame injuries and a lack of playing time for his failure to adapt, although I’m sorry Rolando but I just don’t think you were quite ready for the hustle and bustle of the Premier League. 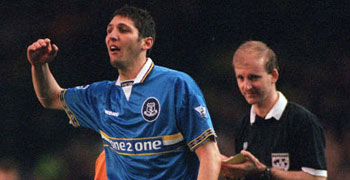 You never hear too much about Materazzi’s time on Merseyside. A controversial World Cup winner who went on to become a mainstay in the Inter back four but not before an ill-fated spell with Everton.

Yes back in 1998 a fresh faced Materazzi joined the Toffees for £2.8 million and manager Walter Smith was confident that the Italian had all the credentials to ‘handle the Premiership, no problem.’

32 games and four red cards later and Marco was on a plane back to Italy, never to be seen at Goodison Park again. 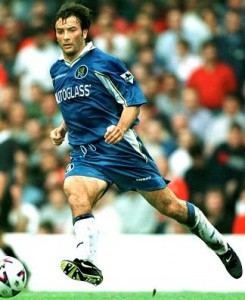 It’s difficult to label Casiraghi as an undisputed flop and failure of English football as, to be fair, he suffered a serious knee ligament injury that ultimately brought an end to his playing career.

One goal in 15 games didn’t exactly represent a prolific goalscoring record for Chelsea and Casiraghi’s luck seemingly ran out in November 1998 when he collided with West Ham goalkeeper Shaka Hislop that would prove to end his days a player.

The now Italy under 21’s gaffer didn’t help his cause at Stamford Bridge when he lashed out at the club for not offering him sufficient support. Although after ten operations, you can’t help but understand his frustrations. 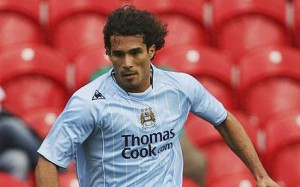 Although not quite as bad as a Jonathan Woodgate debut, Corradi hardly left City fans with any real room for optimism when in his first competitive match for the Manchester based club he was sent off after 63 minutes.

It would take 13 games before Corradi would find the net for City, a brace against Fulham in fact, but only one further goal would come for the Siena born striker during a pretty horrendous spell with the Eastlands club.

To compel the misery of Manchester City fans, Corradi received his marching orders once again, this time for diving in the derby against Manchester United. Not the best thing to do when you have Stuart Pearce as a boss.