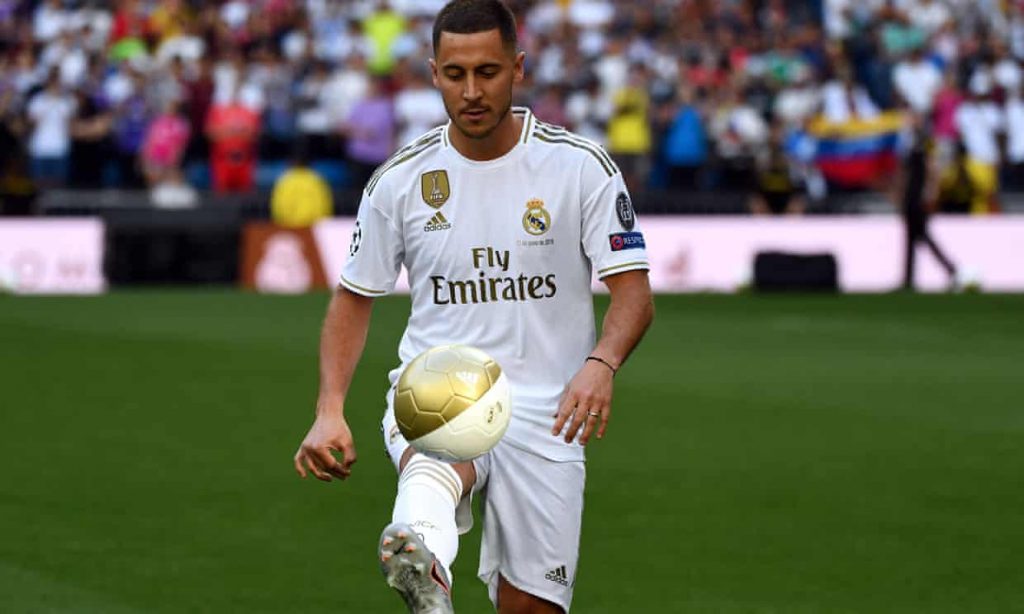 Real Madrid unveiled their new club-record signing Eden Hazard on Thursday, after the forward completed his move from Chelsea.

The Spanish club agreed to smash their previous record that saw them pay 100 million euros for Gareth Bale in September 2013.

While speaking to the press at his unveiling at a packed Santiago Bernabeu, Hazard spoke glowingly about his new club and the opportunity he had:

“I want to win trophies and this was my dream since I was a child that I wanted to play for Real Madrid. I want to enjoy this moment. Thank you everyone.”

When asked whether his move to the club has come too late given his age, he said:

“No, I don’t think it’s too late. I am 28-years-old. I think I am at the best moment in my career. Between 27-33 year-old is the best moment for a footballer. My dream to play for Real Madrid has been there for a long time but I had several stages in my career. First with Lille and then Chelsea and now I thought it was time to change in my career and to come to the best club in the world and that’s why I am here.”

When asked becoming one of the best players in the world, Hazard was typically modest:

” I will try. I will try. But before that I will try to be (in) the best team in the world, not just the player. It is a different level. I had a lot of success with Chelsea and I want to win a lot as well with Madrid so just to be here is a new challenge but I’m ready for that.”

Hazard has signed a five-year contract and is expected to form a new front line for the club alongside another new signing Luka Jovic and Brazilian youngster Vinicius.