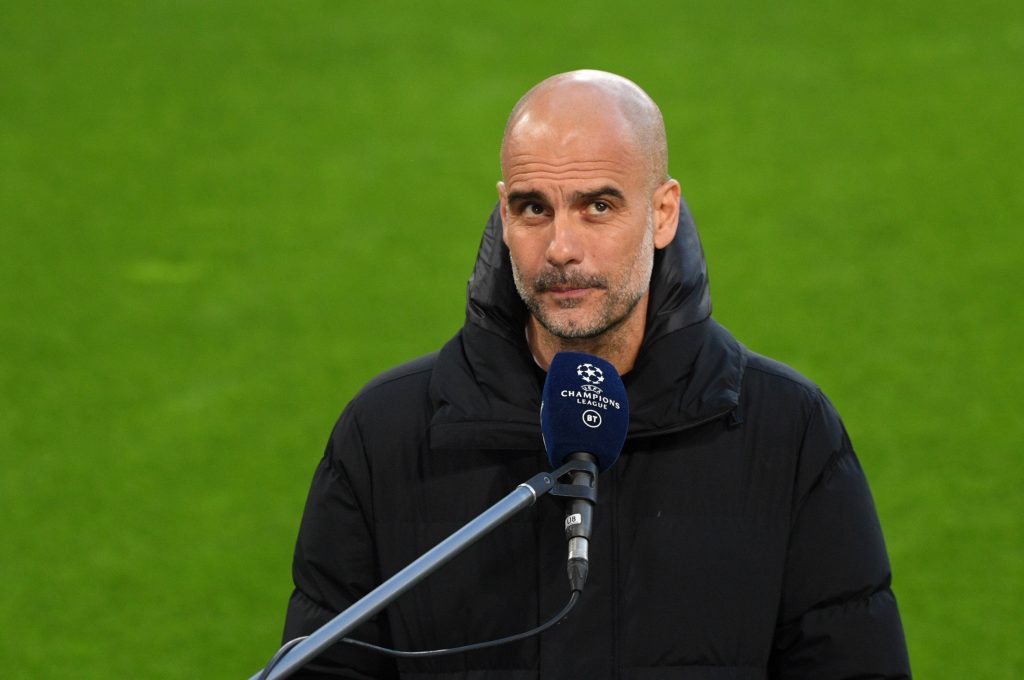 It was announced on Sunday that City would be one of the founding members of the ESL, which has met with plenty of resistance.

City fans protested against the move on Monday, placing banners outside the Etihad. Guardiola has now commented on the plans for his team to join the competition.

“It is not a sport if success is guaranteed or if it doesn’t matter when you lose. I have said many times I want the best competition, as strong as possible, especially the Premier League, and not just one team fight, fight, fight and arrives at the top but cannot be qualified, because it is just for a few clubs.

“These teams have been selected – I don’t know the reason who is going to play this competition in the future.

“It is not a sport where success is already guaranteed, or it doesn’t matter where you lose. I said many times – I want the best competition.

“I don’t know if the statement will change, and four or five teams will be able to go up.”

While this may not come as a big surprise for City, Guardiola’s comments will come as a blow.

He is considered City’s most successful manager, and the club will be looking to keep him at the Etihad Stadium for as long as possible.

His opposition to the ESL could sow doubts in the manager’s mind about his future.

That, in turn, could give City second thoughts about their position decision to join the breakaway.

While it’s hard to say whether these comments will have any effect, they will certainly not benefit City’s case.