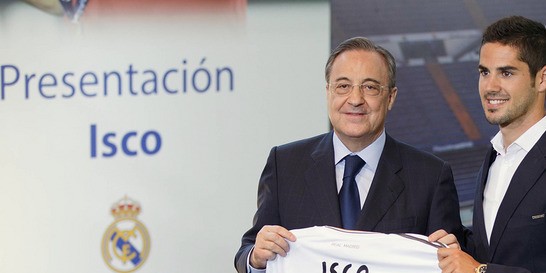 “The key to life is accepting challenges. Once someone stops doing this, he’s dead” ― Bette Davis

Francisco Roman Alarcon Suarez aka Isco was unveiled yesterday as a Real Madrid player, having successfully completed the move from La Liga outfit Malaga for a reported fee of €30 million.

The 21-year-old is one of world’s most gifted players right now and his move to one of the biggest clubs in the world has seen mixed feelings being generated about the transfer – euphoria, expectations, hope, trepidation and fear.

Madrid is the land of fantasy, the sacred Bethlehem of football, the Mecca of glamour and glory, for any footballer in this earth. No wonder, why the dreamy eyed boy-wonder from Spain didn’t hesitate to say ‘No’ to his mentor Manuel Pellegrini when Madrid came knocking on his heaven’s door.

“There is nothing greater than being in Madrid, it’s awesome,” said Isco. “I hope that with my age I can contribute a lot here, to bring enjoyment and to win many titles,”

“I had very few doubts. Pellegrini wanted me [at Manchester City] but when I saw that Madrid were serious I did not think twice.”

Yes, he will bring enjoyment. That’s what he hopes too. That’s what Madrid hope too. He has conquered the hearts of football lovers all over the world with his vast repertoire of sublime skills and wide range of imaginations, over the past one year.

What stands out about Isco is his ability to conjure up certain moments of brilliance at the highest levels – Champions League and at the UEFA Under-21 Championships, even at such a tender age, perhaps a sign of things to come.

Still, a subtle trepidation lingers. After all it is Real Madrid. Here stars are born, stars shine and stars fade away into oblivion too. 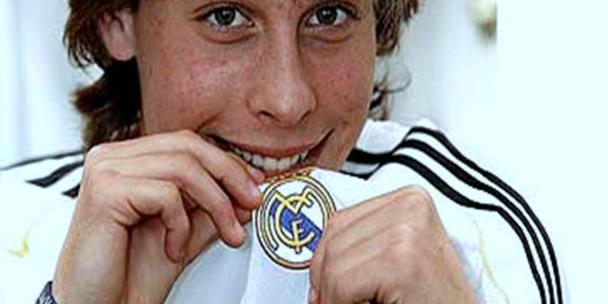 Madrid has a typical obsession with offshore talents that has hampered the growth of many quality home grown players. Sergio Canales, Juan Mata, Fernando Llorente, David Silva, Roberto Soldado – all are burning examples of becoming a crude victim of Madrid’s typical tendency of rejecting the cherries from own garden.

While some may argue that president Florentino Perez, in his second spell in charge, has bucked that trend by signing handful of young players like Raphael Varane and German duo Mesut Ozil and Sami Khedira.

Again, those are shiny little toys from lands abroad, that Madrid could have done without. On the contrary, the failures to nurture talents like Estaban Granero, Pedro Leon, Jose Callejon and Dani Parejo suggest that nothing has changed at Madrid.

Exception proves the rule and one might point out the case of defender Sergio Ramos here. Perez went out on a limb during his first stint as Madrid president to spend €27 million on a 19-year-old kid amidst strong objections and criticism from fans and media in 2005. The rest, we all know, is history.

Then again, what has Guti achieved personally? Has he ever done justice to his talent? More importantly has he been given enough support to justify his god-gifted talent? Not that he was thrown in the garbage but rapid changes of identity at the club made life hell for him, and he remained as the eternal promise that was always unfulfilled, till the day he bid good-bye to his beloved club.

While Guti has established himself as a ‘flawed genius’ in the heart of every Madridista, the path is laid before Isco, another genius in the making, to carve out his own destiny. He is no longer a prodigious young boy now. He is a Galactico.

He could have opted to join Manchester City. He could have reunited with his mentor and further his progress in England.

His national team-mate Thiago Alcantara wants a move to Manchester United in order to get regular game time, which is so important for any young kid. Isco could have easily gone down that route too. But, he didn’t.

Yes, we can only hope. No matter how supremely talented he is, he will be thrown into the mix alongside seasoned superstars like Ozil, Modric, Kaka et al, and may be Gareth Bale in future. Life won’t be a bed of roses for him, but that’s the challenge he chose for himself, one he will have to live with.