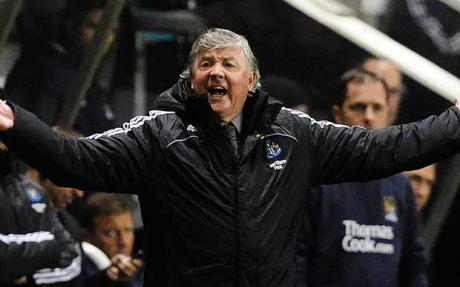 Joe Kinnear’s transfer history as manager of Newcastle United didn’t exactly set the world alight during his brief spell in charge of the club during 2008 and 2009.

For some bizarre reason he’s been drafted in by Mike Ashley as the Director of Football at the club, making Alan Pardew’s eight-year contract look pointless but more significantly increasing further chances of poor transfer business.

“I will have the final say on transfers. My job will be to find players that will improve the club,” he said on his appointment.

Kinnear oversaw four deals during his time as Newcastle manager before his contract ended and there were two decent players coming in but his decision making in terms of letting players go was questionable.

Kevin Nolan and Ryan Taylor both joined the club under his managerial reign and formed two very respectable signings.

Indeed Nolan furthered his reputation as one of the best midfielders in the country and for some reason was moved on to West Ham United just two years later, joining West Ham in 2011.

Where the news will probably concern Newcastle fans majorly is the players that Kinnear let go during his time in charge; Shay Given and Charles N’Zogbia.

Given was highly rated and regarded as possibly the best goalkeeper in the Premier League during his time at the club and Kinnear allowed him to join Manchester City rather than putting up a more sever fight to keep him as the number one at St James Park.

“I believe I’m a very good judge of players, a good tactician and I intend to make Newcastle far better than they are now,” he added.

His decision to let Charles N’Zogbia leave the club as a 23-year-old after spells of inconsistency in the North East would certainly suggest otherwise.

The French winger has since gone on to be one of the most important attacking players for Aston Villa and his departure was embroiled in what seemed like personal issues Kinnear had with the player. 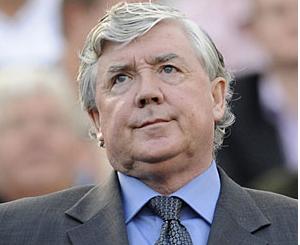 The issue seemed to lay at the heart of an apparent desire by N’Zogbia to force a move away from Newcastle United, which led to less than flattering comments, eventually resulting in the exit that everyone seemed to want.

The problem is Newcastle lost an extremely talented player and attacking midfielder, with good basic skills because of the individual they have now given control of transfers to.

Whatever the motives were behind Ashley’s decision to bring back Kinnear, it doesn’t seem to have gone down well.

The writing also appears to be on the wall for Alan Pardew in terms of his position at the club because Kinnear is now going to tell him who he can have rather than Pardew being allowed to say who he wants.

It’s only going to end one way and that’s with the exit of Pardew who is bound to be undermined in several ways, more so than he already has been.