England international midfielder James Milner has been at Manchester City since 2010 – making 112 appearances in all competitions.

Despite the Citizens’ transformation into one of the biggest clubs in the world, Milner has still managed to be an important regular for the side. However, he could now find himself surplus to requirements following the summer-signing of Spanish international winger Jesus Navas.

For the 2013/14 season, Manchester City’s manager will be Manuel Pellegrini (below), formerly of Real Madrid and Malaga. A man who has seen Navas’ talents first hand for the duration of last season. 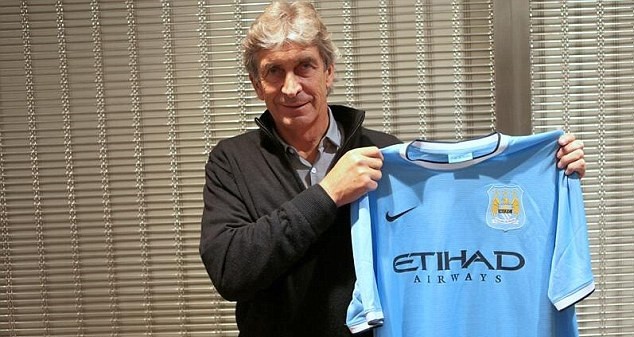 James Milner will be competing with Jesus Navas, Samir Nasri, and potentially Scott Sinclair (pictured below) for a starting place. All four midfielders offer completely different dimensions on the pitch, meaning Pellegrini’s preferred style of football will dictate who gets the nod. 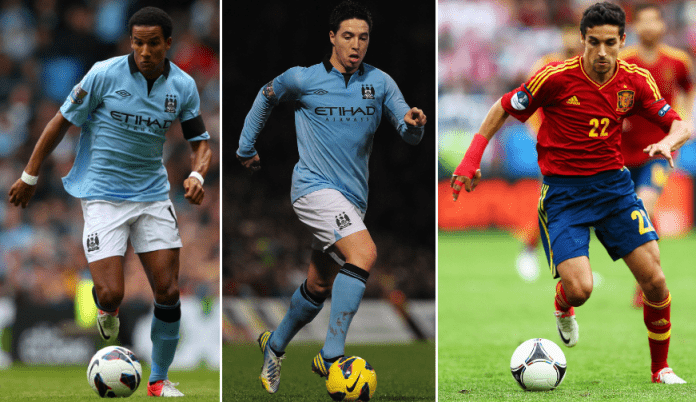 Samir Nasri (centre) can play out wide, but often cuts inside looking for the ball. He has the ability to ghost in-between defenders, and contributes with goals as well as assists. He possess a good first touch and favours an intricate passing style of play.

While not possessing blistering pace, Nasri can accelerate with a purpose and has a good centre of gravity. The French international is deadly on his day.

Jesus Navas (right), also a winger, is much more direct than Nasri. The 27-year old Spanish international’s best attribute is his pace. Navas can consistently beat his opposite number for speed. He looks to burst past his marker and drive an early ball into the box.

Navas also has a good first-touch and can play intricate football when called upon.

Scott Sinclair (left) is a hybrid of both Navas and Nasri. He has the pace to beat his marker on the touchline, but likes to play on the opposite flank and cut inside to contribute with goals.

While currently lacking in confidence and match-fitness, Sinclair can be very prolific in front of goal if given regular first-team football.

James Milner is the odd one out of the bunch. His best attributes are his work rate and stamina. The England international is best partnered with an attack-minded fullback behind him, as Milner provides terrific defensive cover and won’t take risks in possession to compromise his position.

Milner doesn’t have much in regard to pace, but the 27-year old has terrific balance, and can be deadly when whipping in an early cross into the opposing penalty area.

With pressure on Pellegrini’s shoulders to achieve instant success, will he choose substance over style? Or has James Milner’s time with Manchester City come to an end?