Brendan Rodgers has entered Liverpool Football Club hoping to be a breath of fresh air, with attacking football and positivity the key words. However, the Northern Irish manager seems to be using negative tactics in the transfer market. It has been revealed that Fulham have made an official complaint to the FA over the Reds’ interest in Clint Dempsey, whilst the ex-Swansea boss broke an agreement with his former club to bring Joe Allen to Anfield. Given that Liverpool did not exactly cast themselves in the most positive of ways last term with their handling of the Luis Suarez racism case, Rodgers may well actually be hurting the club he has been employed to salvage.

It is well-known that Dempsey wants to leave Fulham for a bigger club, and although the likes of Arsenal and Tottenham have been accredited with an interest, the Reds have been the side most heavily linked with a move for the United States attacker. The talented forward has missed the start of the season, however Martin Jol feels that Dempsey’s head has been turned due to comments made in the press by Rodgers.

“Clint was not involved over the last four weeks so he is not going to be in the squad,” Jol has admitted.

“He is not committed to the club. He wants to leave. I would like to keep him, but I think it’s impossible. It’s a sad and an almost embarrassing situation.

“It’s the same situation. There has been no formal bid on the table and nothing has changed.”

The fact that Rodgers has made comments in the media regarding his interest and Dempsey, without actually making a bid, will be a frustration to Jol and Fulham, with the FA confirming that an investigation is set to be conducted over his actions.

“The Premier League has received a complaint from Fulham FC regarding certain comments made by Liverpool FC officials and is currently looking into the matter,” the governing body confirmed. 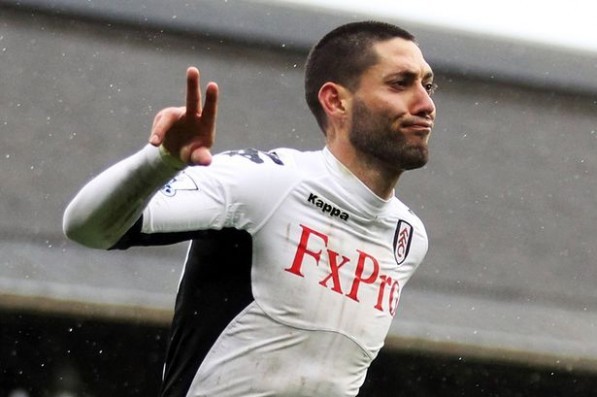 This is not the first borderline case of Rodgers using bullying tactics in the transfer market this summer, as Joe Allen has moved to Merseyside despite an agreement between the now-Liverpool manager and his former club that he would not try to sign Swansea players for 12 months.

“We have got some protection on Brendan coming back for our players in the initial period, which I think is the right thing,” Swansea chairman Huw Jenkins stated on June 1st.

“He has got a timescale to assess things there and that is going to take him while so I’ve got no worries there. We have got a 12 month respite.”

Just over two months later, after a media frenzy brewed up with speculation galore, Allen signed for the Reds.

Whether Rodgers is guilty or not in both cases is up to interpretation, however there is no smoke without fire. Liverpool’s poor handling of Luis Suarez’s blatant racist abuse of Patrice Evra last season was embarrassing and arguably Kenny Dalglish’s lowest moment as Reds boss. A new manager has been brought into the club to breed positivity and get the club back to the top-level both on and off the pitch, but as yet Rodgers has not exactly covered himself in glory.