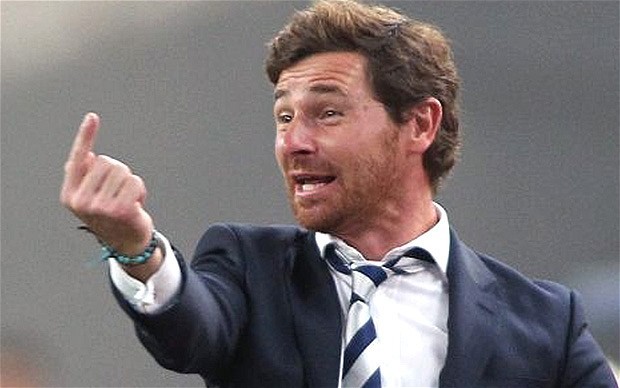 Tottenham take on reigning Premier League champions Manchester United in desperate need of points and a boost in confidence on Sunday.

The north London side’s hopes of finishing in the top four took a serious blow last weekend, with Andre Villas-Boas and his men put to the sword 6-0 by Manchester City.

Not only does the result leave the White Hart Lane side adrift of their fellow Champions League qualification hopefuls, but it became the third successive game in a row that they did not score a goal.

Before the new campaign Villas-Boas was certainly seen as the man that would take Spurs to the next level and deliver European football’s top tournament once more.

However, 12 matches in the fans and footballing community are questioning the statement. Only nine goals in 12 games, a lack of attacking emphasis, players struggling to strike up combinations and defeats on home soil to mid-range teams have the Spurs faithful doubting their manager.

With United winning 5-0 against Leverkusen in Germany in the Champions League in midweek, the champions arrive in London full of confidence and as a team on the up.

Rumour has it in the British press that the performance of Villas-Boas’ side could well have a significant impact on the manager’s future, with another poor performance and comprehensive defeat enough to see the ex-Porto chief dismissed.

The truth of the matter is that Spurs are a side in transition. They have lost their best player to Real Madrid over the summer, and have brought in a host of new, foreign faces that are predominantly still adjusting to their new surrounds.

Villas-Boas can look at himself in terms of team selection and tactics, but Spurs were always going to need half a season to get into their stride, what with all the changes at White Hart Lane.

Even if Spurs get beat 6-0 again, to sack Villas-Boas would be criminal. The Portuguese manager led the club to a record points tally last term and has what it takes to deliver Champions League football. All he needs is time; whether he gets it or not remains to be seen.