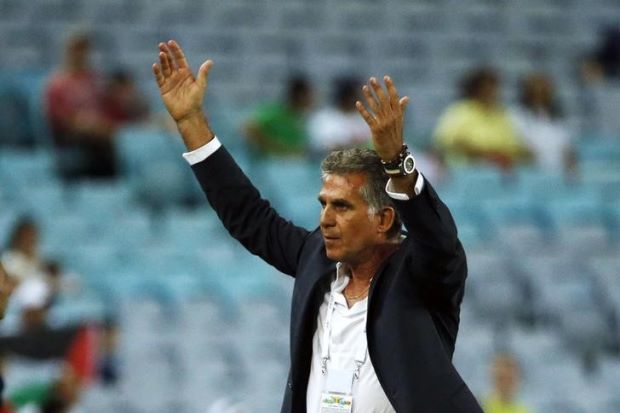 Group B’s focus will be on Spain and Portugal, but Iran are not travelling to the World Cup 2018 in Russia to merely make up the numbers.

The Asian outfit did themselves proud in Brazil four years ago, despite not winning a game, and will look to build on that performance this time round.

Having gone through their ten-game qualification process unbeaten and with Carlos Queiroz at the helm, Iran will hope to surprise onlookers in Russia.

The Iranian World Cup squad has a handful of seasoned campaigners but the majority of the travelling group are younger players that will be in and around the national side for years to come.

A host of these players have made an impact in Europe, while others still play in their homeland or in Qatar.

Queiroz has focused on building a group of players that can represent Iran over a concerted period of time.

This means that a handful of elder statesmen have been overlooked, including 116-cap veteran defender Jalal Hosseini.

The Portuguese coach has been in charge of Iran since 2011 and has done an excellent job in that time to improve the national team’s fortunes.

Queiroz has an excellent pedigree in the game given his tenures as Manchester United assistant manager and head coach of Real Madrid and Portugal, and has clearly helped the Iranian players improve.

While many people questioned the 65-year-old when he moved away from European football in 2011, there is no doubting he has overachieved in his current role.

Queiroz is a defence-first trainer and has made Iran difficult to beat through pragmatism, organisation and hard work.

As such, his side only conceded two goals in ten World Cup qualifying fixtures, admittedly against modest opposition.

Iran will play with a 4-3-3 formation that largely doubles up as a 4-5-1 when they do not have the ball.

However, the Asian nation are ideally set-up to counter attack, with real pace and trickery on the flanks and midfield men that are willing to get forward.

Having been on the radar of many since making a breakthrough with Russian side Rubin Kazan, striker Azmoun has gone from strength to strength.

His feats in European competition have backed up excellent domestic form, while his goal ratio of 23 international strikes in 32 games deserves credit.

Queiroz will set his side up to absorb pressure given the quality that Iran will face, but Azmoun could well be a hero if he can take a chance or two in Russia.

Another exciting and energetic forward, Jahanbakhsh has had a remarkable season for AZ Alkmaar, winning the Eredivisie Golden Boot from a wide position with an excellent 21 goals.

The 24-year-old has steadily improved in Holland over recent years and his contributions helped AZ finish third in 2017-18.

Jahanbakhsh will have an important role for Iran in helming to relieve pressure by carrying the ball out of defensive positions and creating chances for Azmoun.

If he can replicate his club form on the international stage, a summer transfer will surely also be in the offing.

Although Iran are not the soft touches that many might expect them to be, getting out of a group that contains both Spain and Portugal is a mammoth task.

Queiroz will have his side drilled and hope to beat Morocco but anything other than immediate elimination would be a massive shock.