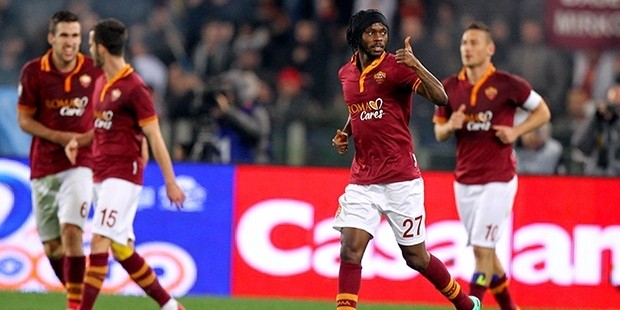 The clash between these two clubs in recent times has seen Roma walk away with a last laugh, except the last meeting in April where Inter won 2-1 at home. Roma won on four occasions and settled for a draw on three times in last eight meetings between the two Italian giants.

In the last four league matches, Roberto Mancini has seen his side concede only two goals and scored one goal in each of these fixtures. Inter have managed five 1-0 in the 10 matches played in the Serie A this season.

A similar result against Roma will not disappoint the hosts on Saturday. It will also help them climb above Roma in the league table. The visitors are on top of the table with 23 points after 10 matches.

Inter are fourth in the table with 21 points, level on points with second and third place Napoli and Fiorentina. These three clubs are separated by goal differences and a victory for Inter over Roma will only be a massive boost for them.

Meanwhile, Roma have lost only one league match so far and it comes during their 2-1 defeat at the hands of Sampdoria away from home. Inter have a worrying factor when they face Rudi García’s side as they have scored in each and every league match this season.

The visitors scored 25 goals so far this term and boast the best goal scoring record in Italy’s top flight club competition. Roma will be hoping their good run will continue when they face Inter this weekend. Despite the form up front, they have not managed to keep a clean sheet for over a month.

Inter will be without the services of former Manchester United star Nemanja Vidic. The Serbian centre-back is the only causality for Mancini when his side take on Roma. In addition to this, Brazilian midfielder Felipe Melo is suspended for the weekend clash.

Roma legend Francesco Totti and former Barcelona midfielder Seydou Keita are out of the crucial tie against Inter. In addition to this, Dutch international Kevin Strootman is a long-term absentee for Roma.

Daniele De Rossi could be doubtful for the weekend trip to San Siro. Garcia could rest the veteran Italian international and hope he is available when Roma face Bayer Leverkusen in the Champions League next midweek.