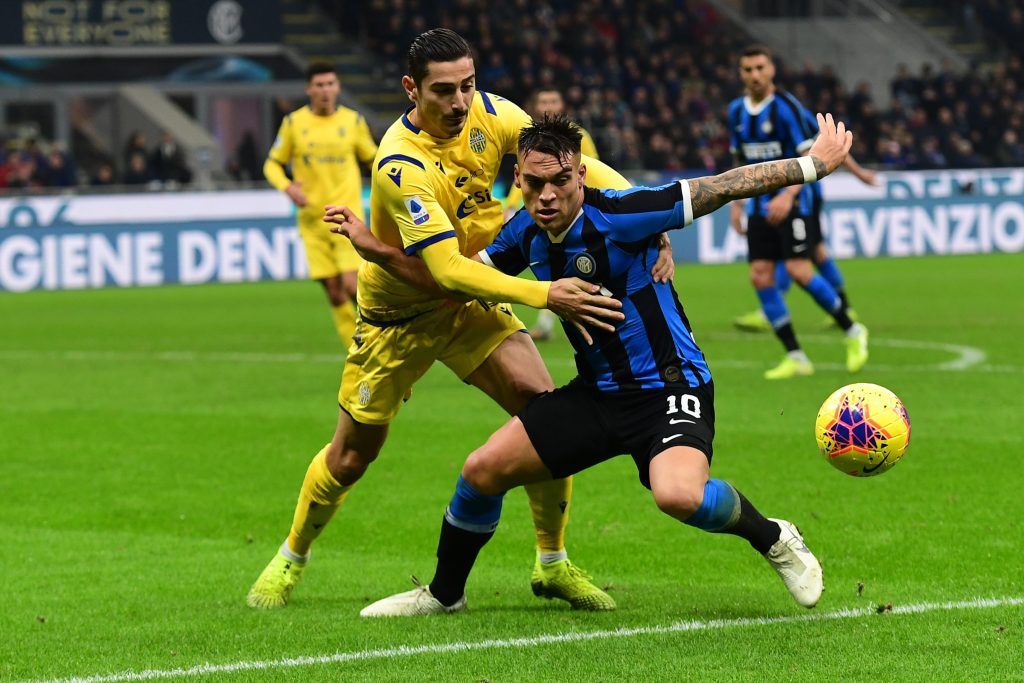 Inter Milan sporting director Piero Ausilio has insisted that the club have no intention of selling Lautaro Martinez to Barcelona unless the Spanish champions are willing to trigger the release clause on his contract.

The Argentina international has been constantly linked with the Blaugrana over the past few months with suggestions that he has been identified as the long-term successor to Luis Suarez for the centre-forward role.

Earlier this month, it was claimed by Sport that the Blaugrana could look into a potential part-exchange agreement with Inter for Martinez as they are unlikely to meet the buy-out clause on the striker’s contract.

However, that option has been ruled out by Ausilio, who has clearly stated that Martinez will stay put unless the £99.5m (€111m) release clause is triggered by the interested clubs which include Barcelona.

He added that any team looking to sign the 22-year-old striker may have to act quickly, given the clause on the player’s deal is due to expire at the beginning of July.

“The reality of the situation with Martinez is that there’s only one path to take him away from Inter and that is to pay the release clause,” He told Sky Sport Italia.

“First and foremost, the clause expires in early July, so does not last very long. It’s the only possible way right now that we won’t see Lautaro Martinez at Inter next season.

“Many clubs contacted us to discuss Lautaro. Among those, the most determined is Barcelona. We have a friendly and cordial relationship with them.

“I know that Barcelona knows perfectly well what our intentions are. Inter have no intention of selling Lautaro Martinez. Then, I repeat there is a clause.”

Martinez is highly rated by the La Liga holders and club-captain Lionel Messi recently talked up the qualities of the Argentine by saying that he is the complete footballer.

As things stand, the Nerazzurri are not actively looking to sell their prized asset and it is up to the Blaugrana to accumulate funds from potential player sales to meet the valuation.

That is far easier said than done, considering clubs are reluctant to spend big in the next transfer window following the financial impact of the coronavirus pandemic.

It remains to be seen how the Blaugrana are able to recoup funds needed for Martinez’s purchase in the next month or so with the reopening of the transfer window likely to be postponed beyond July in top European leagues with the delayed end to the season.