Reigning European champions Inter saw their Serie A title hopes go up in smoke at the weekend, after being humiliated by cross-town rivals Milan, however they will be desperate to bounce back against mid-table Bundesliga side Schalke, a team that stunned Valencia in the previous round of this competition.

With their Scudetto hopes for the season all but over, Inter will throw everything at Schalke this Tuesday, and will certainly be looking to put the tie out of reach for the Germans in the upcoming first leg. The Nerazzurri’s 3-0 defeat against rivals Milan means that they are now five points behind their neighbours, with just seven rounds remaining in the Serie A season. So it is understandable that all of their attention may now turn to the Champions League.

Inter have previously appeared in 12 Champions League quarter finals, and they have a remarkable strike rate, having progressed to the semi’s on eight of their past 11 attempts. Additionally, prior to their defeat to Bayern Munich at the San Siro in the previous round of the competition, the Italians had won seven consecutive home fixtures in Europe, meaning the statistics are in their favour.

Diego Milito will be given every chance to overcome his injury in time to take part in the match, whilst long-term casualty Walter Samuel remains the only player out injured. 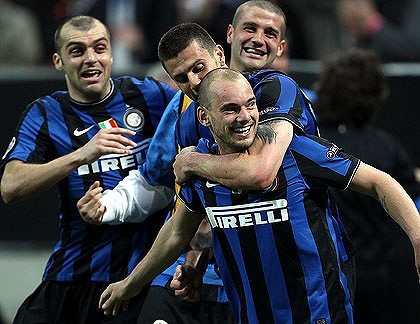 Schalke are the obvious underdogs in this encounter, facing an Inter side that are aiming to become the first team ever to win back-to-back Champions League titles. Schalke have featured in the quarters of Europe’s premier competition on two previous occasions, with the most recent being in the 2007/08 edition, however they have failed to ever advance from this stage.

Since their defeat away to Lyon on the opening match day, the Germans are unbeaten on their travels this season in Europe, with the most notable result coming in a 2-1 victory away to Benfica in the final round of the group stage. Having only ever won once in Italy way back in 1977 though, it may be a difficult mountain to climb for the Bundesliga side this week.

Nevertheless, if they can emerge from the San Siro with at least a draw, they will give themselves every chance of progressing to the semi’s for the first time in their history. Thus far, Schalke have recorded a perfect four wins from four matches at the Veltins Arena, so don’t be surprised if the Germans approach this clash with a defensive mentality. 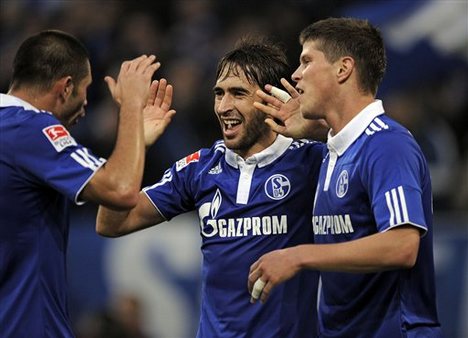 The Italian champions will be desperate to put their dismal derby performance behind them, and unfortunately for Schalke, they will find themselves on the receiving end of a heavy defeat. Expect Samuel Eto’o to fire, leading the Nerazzurri to a comfortable victory in this first leg, all but booking their ticket to the semi-finals.