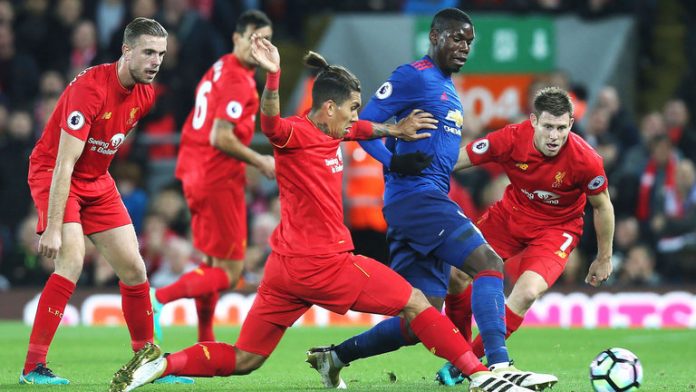 Manchester United v Liverpool is not only one of the biggest games of the Premier League season, it is also seen as one of the biggest matches in world football – despite neither side having won the English top flight since the 2012/13 season.

The last title was won by Sir Alex Ferguson’s Manchester United four years ago, with the Red Devils now on their third manager since the legendary Scot retired. Jose Mourinho took over from the much maligned Louis van Gaal last summer and, after a shaky start, has led United to within touching distance of the top four after an impressive nine match winning run in all competitions.

Liverpool, on the other hand, have never won the Premier League trophy, with only six teams to have finished top since the competition’s rebranding in 1992. Jurgen Klopp’s side are, however, the closest rivals to Chelsea this season, sitting just five points behind the Blues despite Antonio Conte’s record-equalling 13 match winning run in the league.

They have kept pace without the influential Philippe Coutinho who has missed the last seven games through injury. The diminutive Brazilian is set to return to the Liverpool lineup on Sunday at Old Trafford, with Klopp’s opposite number Mourinho equally hopeful over the availability of star striker Zlatan Ibrahimovic, who missed out on United’s 2-0 EFL Cup win over Hull City in the week.

A win for either side will boost their top four ambitions, while defeat will be hugely damaging. Chelsea at the top of the pile will be hoping for a draw, not unlike the last meeting between the pair back in October which ended in an uneventful stalemate at Anfield.

It was a result and a display that surprised fans and pundits alike, who are very used to blood and thunder encounters between the pair, full of goals and talking points. With so much at stake on Sunday, a repeat of that night three months ago seems highly unlikely.

Check out the below infographic for a full and engaging preview of Manchester United vs Liverpool on Sunday: