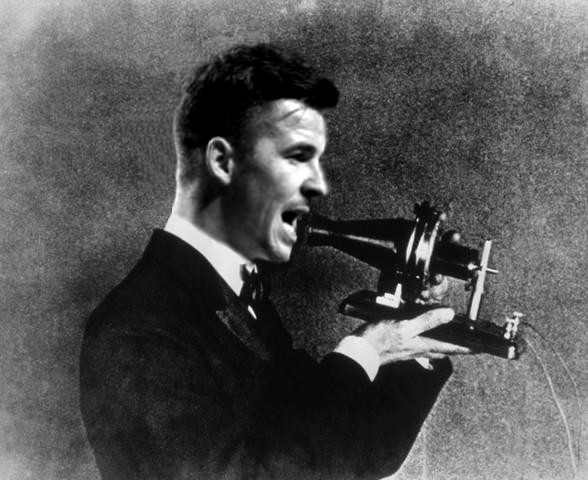 Talk is cheap, or so the old cliché goes. In footballing reality, it is absolutely vital: the communication between the holy trinity of club, players and fans is integral to team morale, which is in itself a major contributing factor to success. With this firmly in mind, one casts a sceptical eye over the increasingly tense situation at Newcastle United. The ongoing transfer sagas, contract disputes and Twitter comments reveal just how important communication is within any football club, and how potentially devastating the impact can be when dialogues between the different groups break down, or are absent altogether.

The catalyst behind the unrest is undoubtedly the lack of sufficient reinvestment in the squad following the sale of Andy Carroll and, to a lesser degree, Kevin Nolan. The club’s transfer dealings should be the topic of a slightly different debate, and will not be discussed at great lengths here. If anything, the club’s ambition (or, in some quarters, perceived lack thereof) in the transfer market has shed light upon a far more dangerous issue: a distinct lack of communication between the players and management.

The Twitter debacles concerning both Barton and Enrique are understandably cause for concern.  Whilst expressing their dissatisfaction with the club’s board and management cannot be condoned – no employee could hope to get away with criticising their employer so blatantly – the source of the frustration should be taken into account. These players are seeking assurances that the club is moving forward: instead, they have to watch as key assets are sold one by one around them. These assurances are evidently not forthcoming, not from the manager or the boardroom, which may have resulted in the somewhat desperate measures that the players in question have taken. Cynical fans claim that the players in question are using Twitter to engineer moves away from the club whilst maintaining a false sense of loyalty, but this is simply not the case. Barton and Enrique, like Nolan before them, have simply found a (somewhat inappropriate) platform upon which to air their worries with the men and women they play for: not the executives lining their pocket, but the thousands of fans who share similar reservations.

In some respects, the Twitter comments are a plea for more interaction between the player and the club. As a response, Llambias and company have hit Enrique with a one-week fine, and have sensationally fined Barton two weeks of wages, placed him on the transfer list for free and forced him to train alone. The treatment of both players, similar yet markedly different, speaks volumes about the club’s motives. If anything, the club have used Barton’s Twitter rants as justification for his transfer away from Tyneside. The treatment of Enrique, meanwhile, has been somewhat more lenient, at least in part due to Newcastle’s hope that he will sign a new contract. Or, perhaps, in order to make some money from any potential sale. What has this taught anyone? It has taught the players that any comments regarding the club’s motives will be severely punished, but has also taught the fans that the club’s man management skills are definitely lacking. If Pardew truly wanted Barton and Enrique to stay, surely a conversation, or series of conversations, may have gone some way to allaying the players’ concerns? In some instances, a disciplinary warning would suffice. If the United manager believes Enrique will sign a new contract after being disciplined and essentially ignored with regards to his apprehension, then he has another thing coming. Fining players who wish to stay at the club only exacerbates any existing problems, shows a complete lack of understanding on the board’s part, and pushes the best players closer to the exit doors.

Of similar importance in the snowballing predicament is respect. Enrique and Barton, the latter in particular, have shown a flagrant lack of it towards the men that, when all is said and done, sign their paychecks every week. Whilst the inflammatory comments aimed towards their employers are disrespectful, one could argue that, conversely, the players feel undermined by decisions taken by the Magpies’ board. As far as working relationships are concerned, many players may consider the board untrustworthy. Nolan’s recent comments about Llambias going back on an offer of a contract despite a gentleman’s agreement being in place add the finishing brushstrokes to an already grotesque public image of Ashley and his associates. The squad cannot trust the club to retain their key players and invest in future success, whilst the club cannot trust the players to stay silent about the internal business dealings at St. James’ Park. It is a perilous impasse.

What is most striking is that players and club officials seem to communicate with each other almost exclusively through the media. Second-guessing what is said behind closed doors is a dangerous game to play, but the fact that four key members of the Newcastle United squad past and present have had to resort to comments via various forms of media to get their point across does suggest that those in charge are simply not listening to their employees. If Barton is to be believed, these four are not alone: the midfielder called the discontent expressed by Enrique “the tip of the iceberg”. Is it indicative that only the likes of Taylor and Ameobi, squad players at best, have praised the new intake, whilst United’s top players have remained relatively quiet? If Pardew et al opened up a dialogue with the existing squad members, reaffirming their ambition and allaying any fear of stagnation, this media whirlwind and unsettling speculation could have been avoided.

For a reasonable comparison highlighting the vitality of personal interaction, look no further than Arsenal. The situation at the North London club is more severe than that on Tyneside, with a collective sense of frayed desperation to lift silverware, and simmering player discontent at the Gunners’ transfer reinforcements. Arsene Wenger and Peter Hill-Wood wouldn’t dream of fining a player for expressing concerns. Instead, Wenger takes the time to sit down with integral players like Fabregas and Nasri and discuss his vision, his ambition and his goals in the market. It is this approach that has kept Fabregas in London for longer than feasibly expected amidst interest from Barcelona. Pardew is evidently not from the Arsene Wenger school of man management. His seemingly impersonal style is worlds away from that of Hughton, Keegan and even Kinnear. This, coupled with the untrustworthy and isolated board, cannot bode well for the club’s relationship with its players, which in turn will affect any projected forward progression.

In this kind of situation, are there any winners? Yes, to some limited extent. The lack of communication in these areas is compensated by extensive and often excessive use of media outlets by both player and club, equally desperate to plead their respective cases to the supporters. In one sense, the fan reaps the benefits, for he/she sees both sides of the story, and can come to his/her own conclusions. In another sense, of course, the fan is hit the hardest, as if this breakdown in communication is allowed to engender ill feeling around the club, performances will suffer. Players can move on, executives can sell up, but fans are often fans for life, and Barton is right in his assertion that the fans will be the ones to suffer.

This conclusion is drawn by one such fan. Simply put, it seems as though the players would like to discuss issues with the club and, when not satisfied with poor responses, take to social media websites to inform the fans of the situation. The club responds to the players via newspaper headlines, reassuring fans in article columns. The integral link between player and club is not non-existent, but it is severely frayed. Some will suggest that Twitter is indirectly to blame, but banning players from the social network would only exacerbate the underlying issues regarding poor communication. Until Newcastle United candidly reveal their plans to their own players rather than the media, squad discontent will continue to cast its dark and perilous shadow over Tyneside. If players and the club alike can communicate with each other with the same frequency as they communicate with the fans, the situation could possibly be remedied.

A lot of Joey Barton’s Twitter quotes are pretentious, bigoted and/or foolish, but he is on the money when he says that a house has to be build on strong foundations. Because of these protracted and escalating controversies, the foundations at Newcastle United, the solid squad that toiled to a respectable mid-table finish last season, get weaker by the minute. It remains to be seen whether Ashley and his acolytes will take any criticism from the playing squad or the fan base on board. At a football club where everybody’s talking, it seems that the occupants of the director’s box, soundproofed by their ignorance, have no real intention of listening.