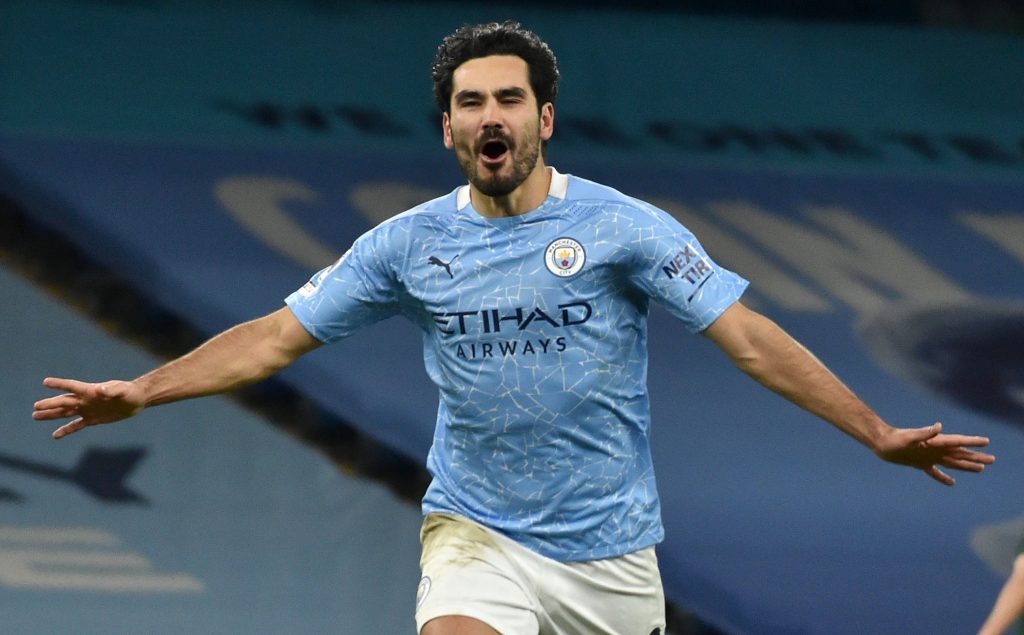 Ilkay Gundogan has been named as the Premier League’s Player of the Month for February.

The Germany international started the month with an assist for Raheem Sterling in City’s 2-0 win against Burnley at Turf Moor.

The following weekend brought about even more success for the former Borussia Dortmund man. Despite missing a first half penalty, Gundogan starred in his side’s 4-1 win against Liverpool, scoring a brace.

He produced another standout performance in the 3-0 home win against Tottenham Hotspur, contributing to all three goals. He began by winning a penalty for teammate Rodri to convert, being brought down by Danish midfielder Pierre-Emile Hojbjerg.

Gundogan made it 2-0 early in the second half, placing his low strike under Hugo Lloris from close range after Sterling’s lay-off.

16 minutes later, he sealed his second successive brace. After latching onto Ederson’s long pass, Gundogan twisted past Davinson Sanchez and finished past Lloris with his left foot.

The final two games of the month weren’t as eventful for the German. Nonetheless, he was still a starter as Man City secured wins over Arsenal and West Ham United.

This is the second time Gundogan has picked up the Player of the Month award this season, having also collected the prize for January.

In doing so, he becomes only the eighth player to win Player of the Month in two consecutive months since its inception in August 1994.