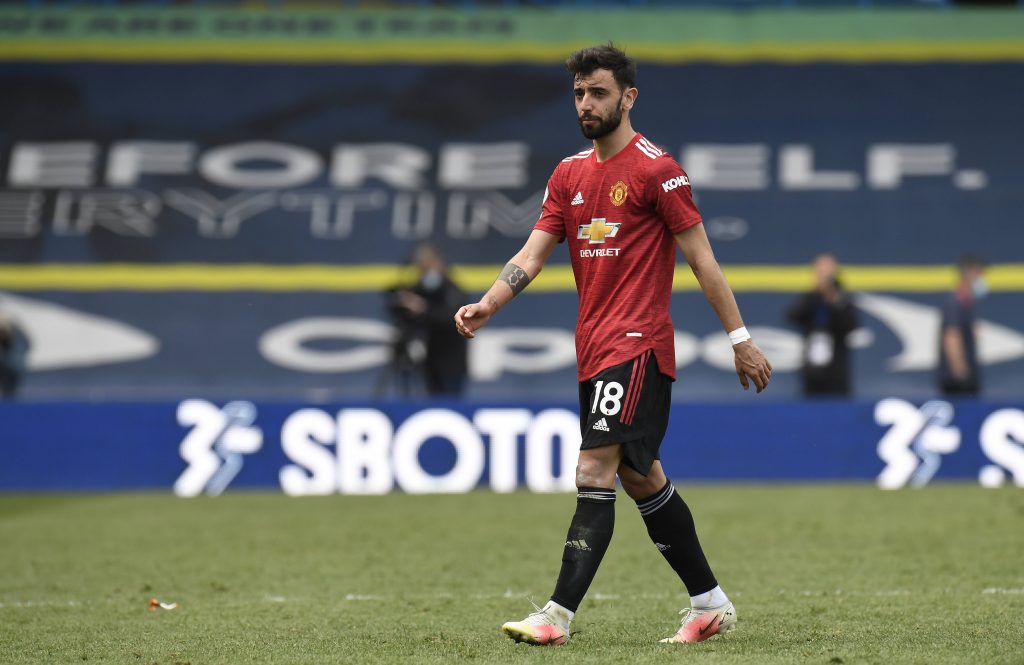 Manchester United talisman Bruno Fernandes has claimed he would be happy to manage the club following his playing career.

Fernandes has been a revelation at Old Trafford since joining from Sporting Lisbon in 2020, scoring 36 goals and assisting 22 more in 77 appearances.

At just 26-years-old, the Portuguese playmaker still has a long and fruitful career ahead of him.

However, Fernandes is already talking up his desire to be a manager when he does hang up his boots.

In a boost for United, Fernandes has also claimed he would be delighted to manage the Red Devils one day.

“I’m trying to enjoy the football, you know – I think I want to be a coach – honestly, I would like to be a coach,” Fernandes explained, as quoted by Manchester United’s official website.

“I don’t know which team I would like to manage. Of course, the biggest team if I can manage Manchester United, I will be happy.

“I can leave now just some words so if people see this, if I’m a manager in the future, the fans can make some pressure to bring me as a coach!

“But I think I would like to be a coach in the future. I’m not sure, but for what I feel for football, for the feeling I have, I think I have to continue to be inside of football because my whole life is about this. So I think, in the future, it needs to be with football too.”

While it is far too early to critique Fernandes’ managerial potential, there is no reason why he could not be United manager one day.

Ole Gunnar Solskjaer has already shown it is possible, having managed the Red Devils since 2018.

With plenty of his playing career to go, Fernandes will slowly learn his trade and as he gains more experience, he could be well equipped for a career in management.

However, other former players could beat him to the United job.

Darren Fletcher returned to United in January as a first-team coach and will undoubtedly have one eye on the Old Trafford hot seat in the coming years.