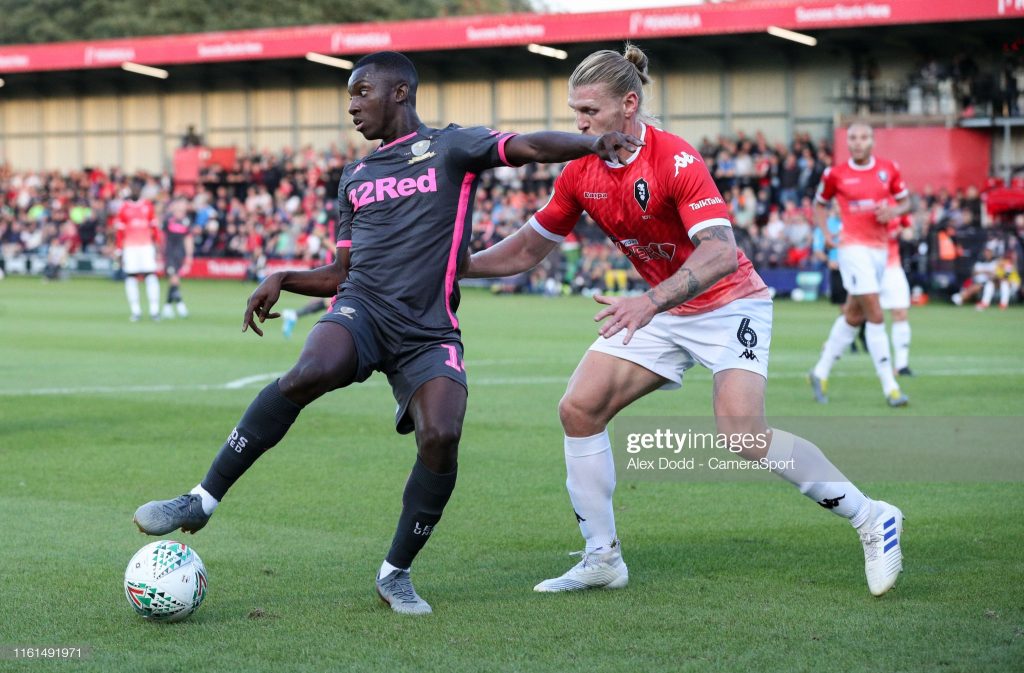 Leeds United saw off Salford City to advance into the second round of the League Cup on Tuesday night, with goals from Eddie Nketiah, Gaetano Berardi and Mateusz Klich handing Marcelo Bielsa’s side a comfortable 3-0 victory in the first-ever meeting between both clubs.

Arsenal loanee Nketiah was making his first appearance for the Whites since moving to Elland Road on summer transfer deadline day, and he showed what he can bring to the table by bagging his first goal for Leeds from close range on the brink of the half-time whistle.

It was a well-taken shot from the youngster, and it is certainly the first of many to come.

Gunners legend Ian Wright was delighted that the Leeds striker hit the ground running on his debut, and here is how he reacted to club’s official Twitter update of the goal:

Nketiah was replaced by Patrick Bamford on the 78th minute and will now be looking forward to making his Championship bow.

Leeds visit Wigan Athletic at the weekend and will look to get a victory after drawing against Nottingham Forest last weekend.

The Whites will now host Stoke City in the second round of the League Cup later this month, and Nketiah will be looking forward to making another impression.

Bamford has started the new campaign as Leeds’ first-choice striker following the departure of Kemar Roofe, and the Arsenal kid is expected to provide quality cover and competition all campaign.