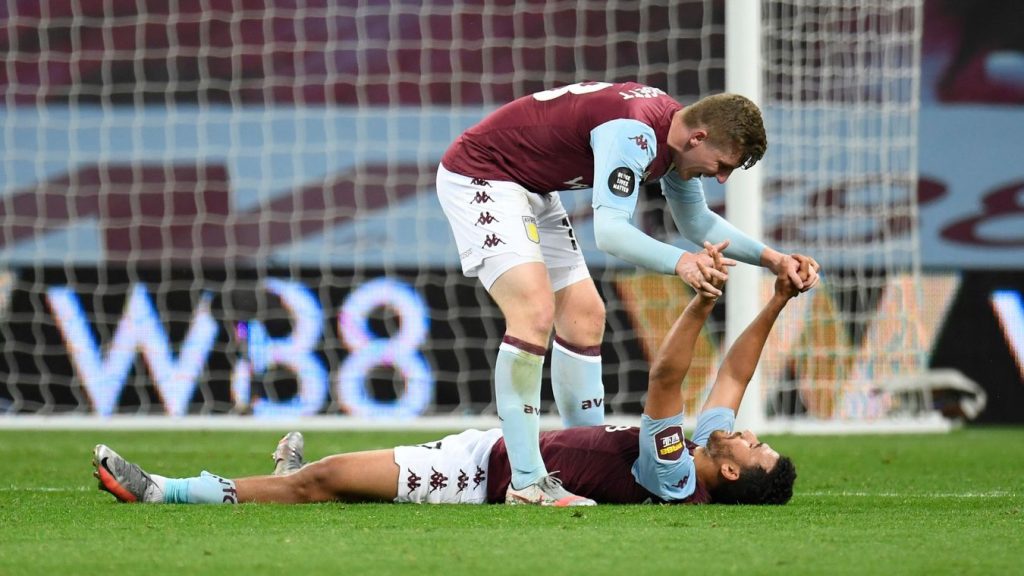 Aston Villa picked up a massive 1-0 win over Arsenal to give themselves some hope of staying up this season.

Dean Smith’s side are now out of the relegation zone because of Watford’s thumping earlier. It will be interesting to see if they can beat the drop eventually.

Aston Villa win have to win their remaining game and hope that they stay ahead of Watford on goal difference, that is, if the Hornets win their last game as well.

Trezeguet scored the only goal of the game for Villa today on the 27th minute. Arsenal had their chance when Eddie Nketiah’s 77th-minute header came back off the inside of the post. However, the home side managed to hold on for the three points.

Aston Villa have had several moments this season where they slipped up right at the end. It wasn’t the case against Arsenal tonight and Smith will be delighted with his players’ efforts.

Former Aston Villa star Ian Taylor has shared his emotional reaction on Twitter to the win over Arsenal.

Aston Villa will travel to West Ham in their final game now and Watford will face Arsenal away from home.