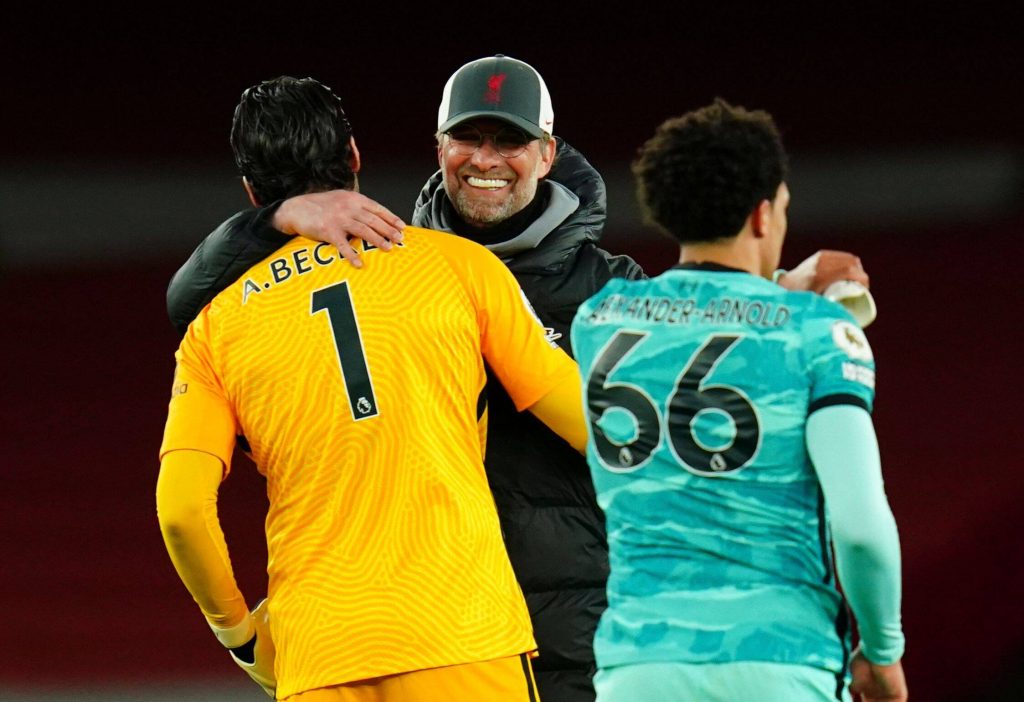 Liverpool will face Real Madrid in the first leg of the Champions League quarter-final at the Bernabeu Stadium on Tuesday.

After a dominating win over Arsenal at the weekend, Liverpool head into the Spanish capital full of confidence. Jurgen Klopp said that his side are not looking for revenge, but an away win would boost their morale.

Rafa Benitez’s Liverpool side went to Bernabeu in 2008/09 and earned a 1-0 win. Can Liverpool produce another fairy tale script?

Benitez – who has managed both the teams – has a simple piece of advice for Klopp’s side — stop Luka Modric and Toni Kroos.

Understandably, Madrid will come out all guns blazing at their home turf. Sitting deep and waiting for a counter-attack is something we generally don’t associate with a Klopp side.

Rather knowing that Liverpool’s defence could be tested in arguably their biggest game of the season, Klopp could look to start with a strong attacking set-up.

With Diogo Jota finding himself in a streak of seven goals in his last five games for club and country, Klopp must find the right balance.

Jota’s flexibility means he can start in the number 10 role and easily play most of the time up front, with his teammates on the flanks, knowing that Roberto Firmino will inevitably drop deep to help the midfielders out.

Liverpool have used 4-2-3-1 before, and with Fabinho back in midfield, Klopp can afford to take the gamble.

Obviously, it leaves the midfield exposed and puts further pressure on the two full-backs. If Liverpool fail to retain possession, the chances are high that they would struggle to create enough chances leading to the crucial away goal.

In 4-3-3, Gini Wijnaldum brings stability to the side, although Klopp can bring the likes of Naby Keita, Alex Oxlade-Chamberlain or Curtis Jones to the side.

In that case, either Jota or Firmino would be left out. The Brazilian brings a lot more to the game than just scoring, and in a crucial away game, his presence is pivotal to the side.

Similarly, Jota is in red-hot form. His movement, pace and flexibility make him a lethal weapon. His introduction against the Gunners completely changed the complexion of the game, and he would be looking to play a big role tonight.

In other news, Real Madrid defender Raphael Varane has been ruled out of the clash following the COVID-19 test.