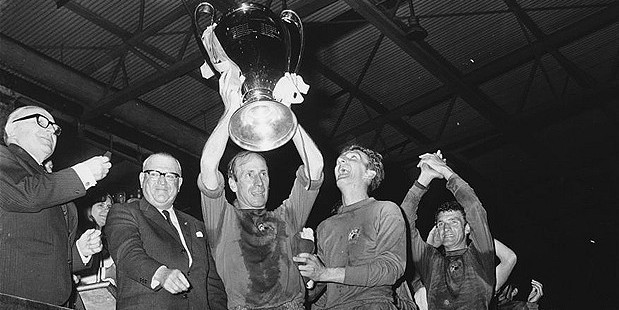 Manchester United enjoyed a great weekend on the pitch after a long time. They came back from a goal down to earn a victory in the league against Sunderland after suffering two consecutive league defeats against Man City and West Brom respectively. But, it was yet another embarrassing weekend for the club, off the pitch.

The Red Devils, who were educating their global fans yesterday about their legendary player Sir Bobby Charlton made an embarrassing error. On 6th October, 1956, Sir Bobby made his debut for this iconic club and went on to become the record-goal scorer for United.

They Tweeted (which was deleted for obviously after embarrassing themselves):

The 1968 European Final was a water-shed moment in the history of Manchester United, where the Red Devils became the first English club to claim the European glory. However, the match ended 4-1 and not 4-2.

It was not the first time Manchester United’s press officers had made blunders in the social media. On 23rd September, they were posting about Javier Hernandez, where they messed up Chicharito’s Twitter ID with that of a middle-aged American man. Take a look below:

Social Media is a good platform for the Premier League clubs to interact with their fans, but at the same time the club must also ensure they put the information properly as their reputations are at stake here. While, talking about a legendary figure like Charlton and discussing about possibly one of the greatest moments in the club history, one would expect, the press officers to have the basic knowledge about the events that occurred on that auspicious day.