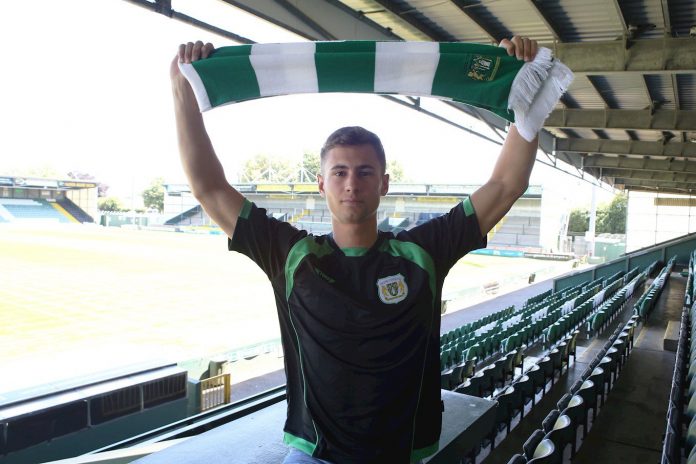 Highly-rated goalkeeper Nathan Baxter has left Chelsea to join Yeovil Town on loan. The 19-year-old will spend next season at Huish Park and comes off the back of winning a number of accolades during his temporary spell with Woking.  Baxter has a bright future but game time in the Chelsea first-team is hard to come by. A move to the League Two side could be perfect for his development.

With Thibaut Courtois and Willy Caballero currently the first and second-choice goalkeepers at Chelsea, Baxter has little choice but to seek a move to a side that is willing to give him first-team football. The teenager will be battling Stuart Nelson for a spot in Yeovil’s starting line-up, but he stands a much better chance of getting minutes in the Football League than Premier League.

Baxter is contracted with Chelsea until 2020, so it’s key that he does all he can to continue his development before his deal runs out. During his rise through the youth ranks to the reserve side, he was loaned out to the Met Police in 2016/17, spending half a season there before finishing the campaign at Solihull Moors.

Last season, the 19-year-old made 46 appearances for Woking and won four separate Player of the Year awards for his efforts. The future is bright for Baxter.