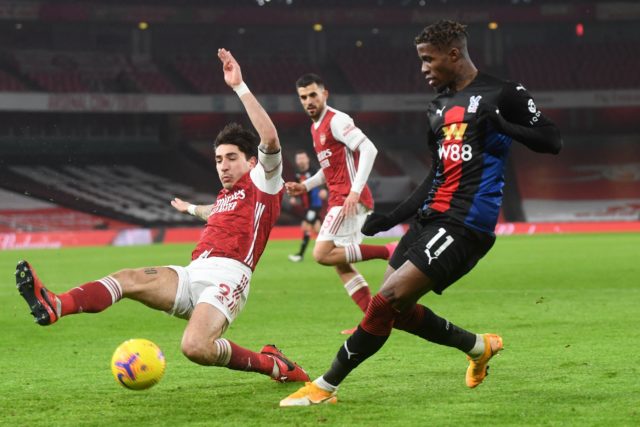 According to reports from Calciomercato, Paris Saint-Germain and Barcelona are interested in signing Hector Bellerin from Arsenal in the summer.

Bellerin is a key player for Arsenal. The Spanish right-back has made 16 appearances in the Premier League this season and bagged two assists.

The 25-year-old defender left Barcelona to join the Gunners in 2011, and the Catalan giants are now keen to get him back at the club.

The report claims that Barcelona are not alone in the race for Bellerin’s signature. PSG, managed by Mauricio Pochettino, are also interested in him.

Bellerin, who is on £110k-per-week wages at the club, has a contract at the club until 2023. Arsenal are as such under no pressure to sell him, and they should try to do everything to keep him at the club.

Over the years, Barcelona have signed some of Arsenal’s best players, with the likes of Thierry Henry, Cesc Fabregas, Alex Song et al all having joined for the Catalan club from the Gunners.

It has been reported that Barcelona are looking to sign him for around £22 million. Frankly, that’s laughable. For a player of Bellerin’s calibre, the Gunners should demand a high transfer fee if at all they’re planning to sell him.

He is a leader on the pitch, and Arsenal must show ambition to keep their best players. However, the lure of returning to his former club, and playing in the Champions League could be equally tempting for the Spanish defender.