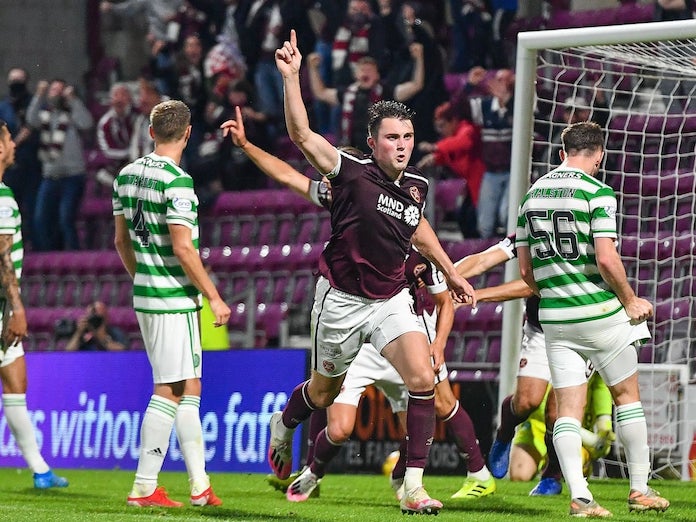 MOTHERWELL head to Edinburgh tomorrow to face Hearts, with both teams battling for European football next season.

Looking to follow Hearts vs Motherwell live? If so, head straight over to bet365, as they have comprehensive live coverage of the game, featuring loads of handy facts and figures to boost your betting.

Heading over to bet365 also has another big advantage, as they offer a huge welcome bonus. Just make a qualifying bet of £10 and you’ll receive £50 in free bets.

Hearts and Motherwell both head into this match in fantastic position, as they’re both near the top of the table, fighting for Europa League and Europa Conference League qualification.

Newly promoted Hearts are currently third with 39 points, giving them a seven point gap from Motherwell in fourth. They lost their previous game to Celtic, but before that strung together three league victories in a row. They go into this match as strong favourites with the bookies.

Motherwell are currently in fourth, but only four points separates them from eighth position. Their most recent match was a 0-0 draw with Hibs. Their recent record is patchy, having won twice in their previous six Premiership matches. They come into the match as heavy underdogs.

When does Hearts vs Motherwell kick off?

Hearts vs Motherwell kicks off at 15:00 GMT on Saturday 29th January at Tynecastle Stadium in Edinburgh.

Hearts have a full bill of health, with no players out with injuries for the match.

Motherwell also have no injury concerns ahead of the fixture, but Liam Donnelly will miss the game through suspension, after picking up a red card in the recent match against Hibs.