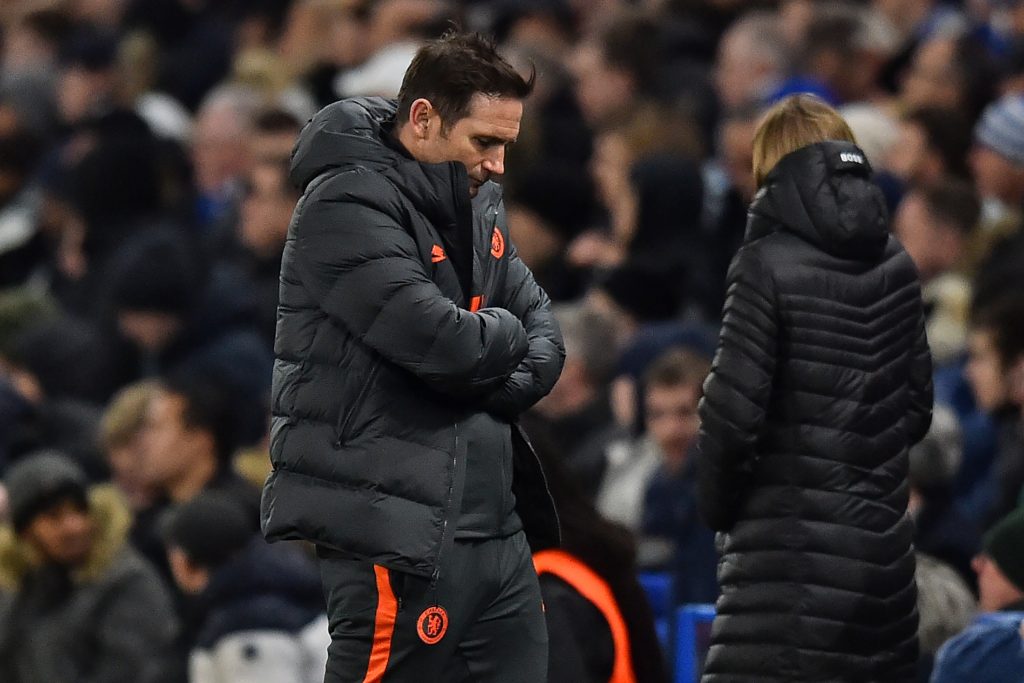 Chelsea midfielder Jorginho has claimed Frank Lampard was not ready for the Blues job, having ‘skipped some steps’ in his progression.

Lampard joined Chelsea in 2019, having impressed during a spell with Championship club Derby County.

The Blues legend enjoyed some early success, forming a team with an emphasis on the club’s exciting youth talent, such as Mason Mount, Tammy Abraham and Fikayo Tomori.

However, when Chelsea’s transfer ban was lifted in 2020, his focus shifted to building a team that could compete for the Premier League title.

After a poor first half of the 2020/21 season, Lampard was sacked and replaced by current boss Thomas Tuchel.

Now, midfielder Jorginho has given his honest opinion on Lampard’s Chelsea appointment and tenure.

“Look, I’ll be really sincere here on Lampard – I believe, given he was a legend at the club, he skipped some steps necessary for learning before moving to a big club,” Jorginho explained to ESPN Brasil.

“He came to a club where he is a legend, without having experience at other clubs. I think he came too soon, skipped a few steps ahead and wasn’t ready for a job at this level, to be honest.”

SL View – Did the Chelsea job come too soon for Lampard?

To an extent, Jorginho is right.

While Lampard did impress at Derby, the leap from the Championship to Chelsea comes with a huge learning curve.

The transfer ban probably aided Lampard early on in his tenure, with results and the progression of youth players quite exciting for fans and the club, given the circumstances.

However, Lampard’s downfall came when he failed to get a tune out of his big-money signings, with Timo Werner, Kai Havertz and Hakim Ziyech all failing to impress.

While Lampard is by no means a bad manager and has an exciting future ahead of him, the Chelsea job may have been a case of right place, wrong time.