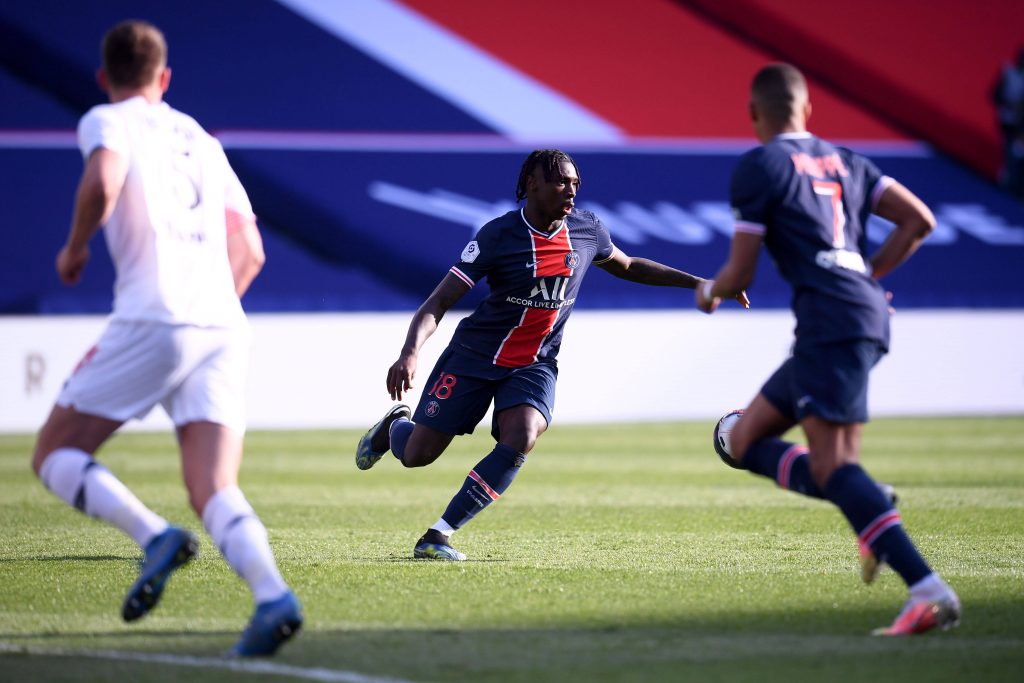 Everton boss Carlo Ancelotti has spoken out about the future of Moise Kean, suggesting he could be ‘an important player’ next season.

Kean joined Everton in the summer of 2019 but failed to make an impression in his debut season.

The Italian scored two goals in 33 appearances, though many of his minutes on the pitch came off the bench.

Kean then joined Paris Saint-German on a season-long loan last summer, where he has flourished.

The 21-year-old has 18 goals in 37 appearances, with three of his goals coming in PSG’s impressive Champions League campaign.

Despite impressing with PSG, the French giants do not have an option to buy Kean as part of last summer’s deal.

If they want him permanently, they will need to deal with Everton in the coming transfer window.

It has been reported that the French giants do want to sign Kean, with interest also coming from his former club Juventus.

Ancelotti has now discussed Kean’s future, suggesting he could have a major role to play for Everton next term.

“I don’t have to convince him to stay – this is what the (loan) papers say – he is on loan, and he has to come back,” Ancelotti explained to the Telegraph.

“If Paris Saint-Germain want him, they have to open discussions about him. We are open, but if nothing happens then he will be an Everton player next season and an important player.”

SL View – What will happen with Moise Kean this summer?

While these comments may suggest Kean has a place at Everton next season, it is more likely that Ancelotti is simply driving the player’s price up.

The Italian manager and Everton will know that by suggesting they are happy to keep him next season, alarm bells will ring at both Juventus and PSG to get a deal done.

This could result in a bidding war and put the Toffees in a powerful position during negotiations with either club.

However, in the unlikely event that Kean does not get his move, Everton will add a much-improved striker to their squad next season.

Read Also: ‘Now, I have a coach who gives me confidence’ – Kean speaks out on Everton future.