Tottenham Hotspur were one of the few clubs in the transfer window that attracted everyone’s attention. Not only had they sold their prized asset Gareth Bale for a world record transfer fee, but they also replenished his void perfectly. Albeit, on paper. Prima Facie. 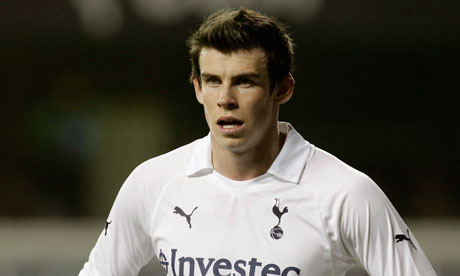 Yes, Bale – the player, who nearly took them to the Champions League. Single handedly. It was mental. Spurs sold him for a world record transfer fee, and have assembled a squad that is envy for almost all top teams in the country.

Last time, when a Premier League club sold a player for world record transfer fee, they didn’t do badly either, just kept on winning the League titles.

Asking Spurs do the same will be some task, but at least with this squad, the North Londoners will be expected to challenge for the top four spot. Though the task is easier said than done, as this time Arsenal and Liverpool have also strengthened their squad as well.

Have they benefited by selling Bale? Well, they have in a way. By selling one player, they have bought several players that can play in several positions. In this way, Andre Villas-Boas has bolstered his squad on every front. Plus, they have bought an Argentine, who could be called as like-for-like replacement for Bale as well. Spurs fans cannot complain, can they?

Most importantly, they now have sufficient backups on all positions. There is a perfect blend of experience (players like Dawson, Defoe), youth (Lamela, Chadli, Eriksen et al) and most importantly abundance of quality in the squad.

With so many players being bought, fans will be demanding instant results. Even AVB will also ask for the same but sometimes it takes time for a team to gel, especially with so many new players around. It can be a problem, especially this season, when the competition is so intense.

But, the best thing for them is, even if they fail to qualify for Champions League, Villas-Boas will not have to worry too much about selling any of their stars. Had playing in Europe been the central guiding factor, then players like Paulinho, Chadli, Eriksen, Lamela, Capoue – young players with great potential – wouldn’t have chosen Spurs ahead of other teams. So, in that case, the Portuguese can take a bit time to sculpt the squad according to his taste and give sufficient time for this core group to gel as a unit.