Cesc Fabregas’ Chelsea career is a testament to how quickly people’s perceptions change in modern day football. He’s only been at Stamford Bridge for a year and a half (would you believe?) and has yet seen both the extreme highs and the extreme lows.

His signing in the summer of 2014 from Barcelona was branded a stroke of genius by Jose Mourinho, who also brought in Diego Costa from Atletico Madrid to address Chelsea’s woes up front from the previous campaign. The Spanish duo worked like clockwork right from the off and helped the Blues coast to the title. Fabregas was simply superb for the first 6 months, providing 16 assists and making the midfield tick beautifully alongside Nemanja Matic. 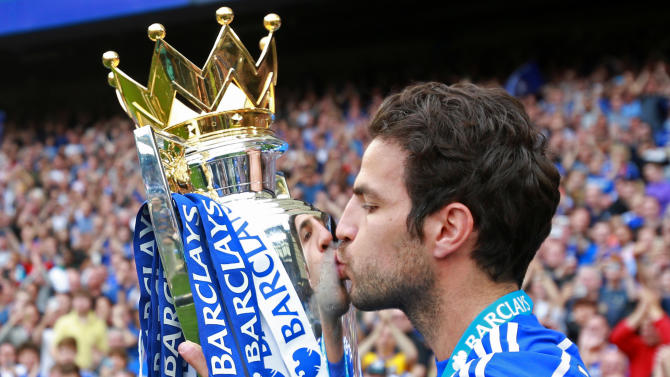 The reason for the decline we all overlooked

The former Arsenal man though, didn’t look the same player in the second half of the season, and his poor form continued into the start of the current campaign. He looked listless and tired, and was getting overrun by nearly every midfielder he played against. Fingers were pointed, and fans who were enamoured and enchanted by his prowess last season were suddenly giving him a lot of abuse and asking for him to be dropped.

The reason for this demise though, can equally be attributed to the drop in Matic’s form. The Serbian was an absolute giant in the middle of the park in the first half of last season, and kept the defensive side of the double pivot system intact. Fabregas was thereby allowed the license to bomb on forward and influence play at the other side of the pitch. He didn’t always have to constantly look over his shoulder and run back to cover.

Matic has been below-par for a while now and that has left Chelsea threadbare in the middle time and time again. His biggest forte is his tackling and reading of the game, but teams have found it all too easy to go past him this season. Instead of staying back and focusing on the defensive aspect, he has also tried to be a bit too clever for his own good by running forward or attempting some ridiculously difficult passes.

This has made Fabregas look lazy and careless, with his man making unchartered runs into the Blues’ box. While Mourinho did demand him to track back, it is clearly not Fabregas’ strength. He needs someone to cover his back at all times so he can go about what he is actually good at – scoring and assisting goals for the forwards in his team.

The following graphic by Who Scored in November showed the collective fall from grace of both these players this season:

The one game where he really looked like his old self was in a Champions League group game against Maccabi Tel-Aviv. That day, Ruben Loftus-Cheek started alongside him and Fabregas registered a goal and an assist in a 4-0 win.

Guus Hiddink has come in for Jose Mourinho and things are beginning to change slightly. From being Champions last season, Chelsea are floundering in the bottom half this time around and were in 16th place when the Dutchman took over. A 3-0 win over Crystal Palace last week though, calmed the nerves a bit before a 2-0 victory in the FA Cup yesterday over Scunthorpe United saw the feel-good factor return a little bit more.

While Matic featured in the first two games under Hiddink, he has been dropped in the last two. Against Palace, the manager opted to go with the unspectacular yet effective option of John Obi Mikel, a player he knows very well from his time at Chelsea in 2009. The impact was almost immediate, as Fabregas found himself having a lot more freedom to do as he liked. His passing was crisp and he opened the opponents up time and time again with his incisive through-balls. A return to form for Costa up front has done his cause no harm whatsoever.

Yesterday against Scunthorpe, Fabregas played alongside Ramires in the first half and Loftus-Cheek in the second. Both these midfielders provided the necessary protection for the Spaniard to run the show again. A performance against a League One side may not be the best indicator of form, but the time and space that he found in midfield to look up and pick a pass was something we haven’t seen too much against any team this season.

Mourinho’s insistence to go with Matic and Fabregas despite the system not working was inexplicable at times. Maybe the Portuguese was influenced by how well it functioned last season, and thought that it was only a matter of time before it started to tick again. But unfortunately for him, the waiting made his own time at the club run out.

Hiddink isn’t influenced by the past and is selecting players based on what he is seeing this season. We will need to go through a few more games in the season before we can say it with complete conviction, but Matic’s exclusion from the team in favour of a more defensively disciplined player in Mikel has certainly seen Fabregas’ form start to return.