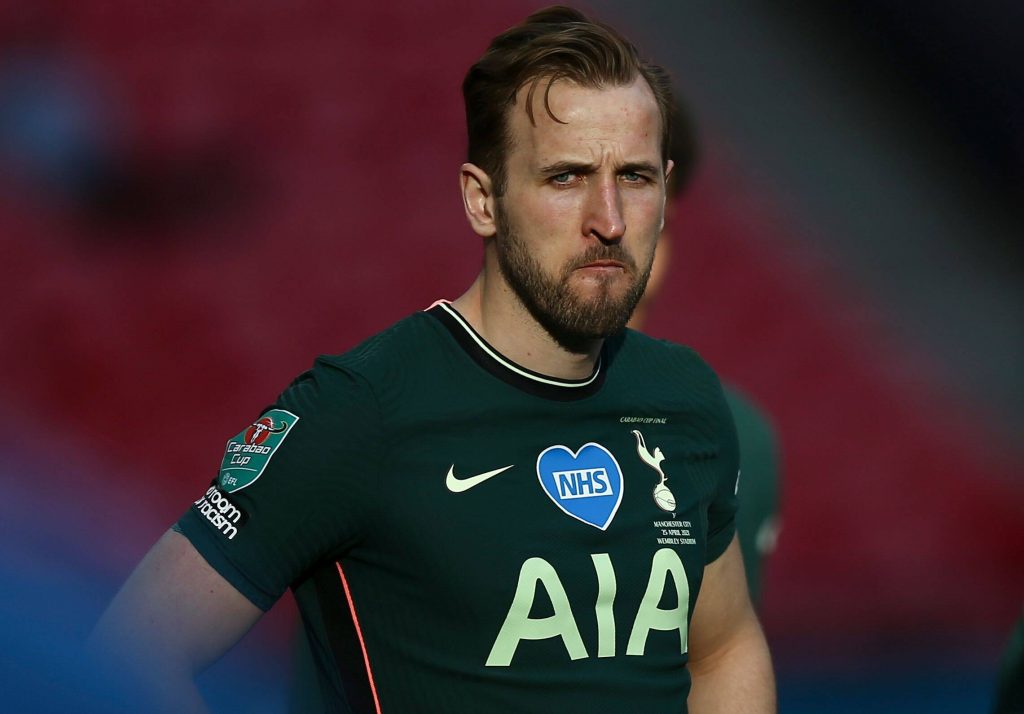 Harry Kane has reaffirmed his desire to win team trophies amid rumours linking him with a move away from Tottenham in the summer transfer window.

Kane has been a brilliant servant for Spurs since his Premier League debut in 2012, making 331 appearances for the club and scoring 219 goals.

Despite those goals, Kane is yet to win a trophy with Tottenham during his lengthy spell with the Lilywhites.

After yet another trophyless season in north London, rumours of a move this summer have been rife.

Manchester United have been linked with a move, as have Manchester City and Paris Saint-Germain.

It was also claimed this month that Kane would push for a move should Spurs fail to qualify for the Champions League this season.

Ryan Mason’s side are currently five points off fourth-placed Chelsea. Kane has now been speaking about his desire to win trophies before the end of his career.

“Individual awards are great – they are fantastic achievements,” Kane explained to the Evening Standard.

‘When I look back at the end of my career, I will go over it and take in a little bit more. The goal right now as a player is to win team trophies.

“As much as this [award] is great, I want to be winning the biggest prizes that there is to offer as a team.

“We are not quite doing that. It is one of those [situations] – it is bittersweet. I would rather be winning team trophies and this award. It is what it is.”

To an extent, yes.

These comments suggest that Kane is unwilling to wait much longer before he is regularly challenging for major honours.

You cannot exactly blame him either. The Englishman is now 27-years-old and is yet to win his first trophy.

Should he move now, he could rack up a very impressive trophy cabinet by the end of his career, and his comments suggest he knows that.

However, if Tottenham show ambition during the summer, there is no reason not to suggest they could be challenging for honours next season.

With Julian Nagelsmann and Brendan Rodgers having already been ruled out of the managerial race to replace Jose Mourinho, Spurs need to bring in someone special to convince Kane to stay.