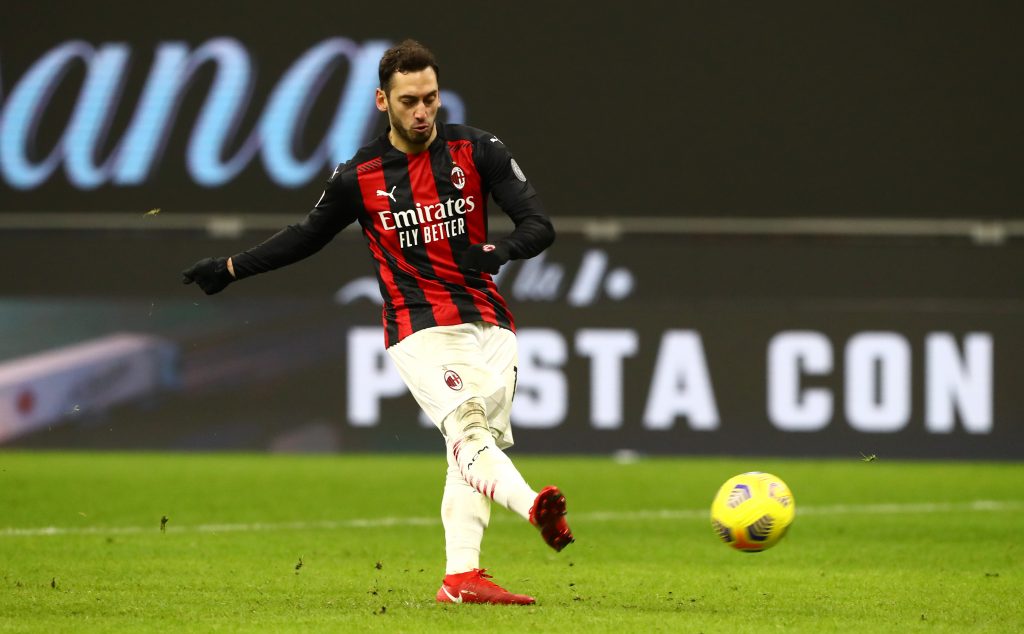 Hakan Calhanoglu is not keen on a move to the Premier League and prefers to extend his contract with AC Milan, a report from La Gazzetta dello Sport h/t Milan Live claims.

The 27-year-old has been in fine form for the Rossoneri this term, accumulating six goals and 11 assists from 25 appearances in all competitions.

He is regarded as one of the Rossoneri’s undisputed starters when fit but his future with the club remains uncertain with his contract expiring in June.

Earlier this season, it was reported that Manchester United were interested in Calhanoglu and they stood a good chance of signing him on a pre-contract.

However, it is now revealed that the playmaker has rejected offers from the Premier League and is keen on sorting out his contract with the Rossoneri.

Calhanoglu is currently on an annual package of around €2.5 million and the Milan giants have proposed a new long-term deal worth €4m.

The offer has been turned down and his agent Gordon Stipic has asked for €5m plus performance-based bonuses for the Turkey international.

Calhanoglu has stepped up his performances since mid-December with eight goal contributions (one goal and seven assists) from as many league games.

His expiring contract may be behind his upturn in form, but it can also be said that the 27-year-old is finding consistency in the prime of his career.

His quality distribution in the final third and set-piece taking ability would suit many elite clubs in the Premier League including the Red Devils.

However, it appears that Calhanoglu is eager to extend his stay at San Siro and is prepared to stay patient despite the prolonged contract negotiations.