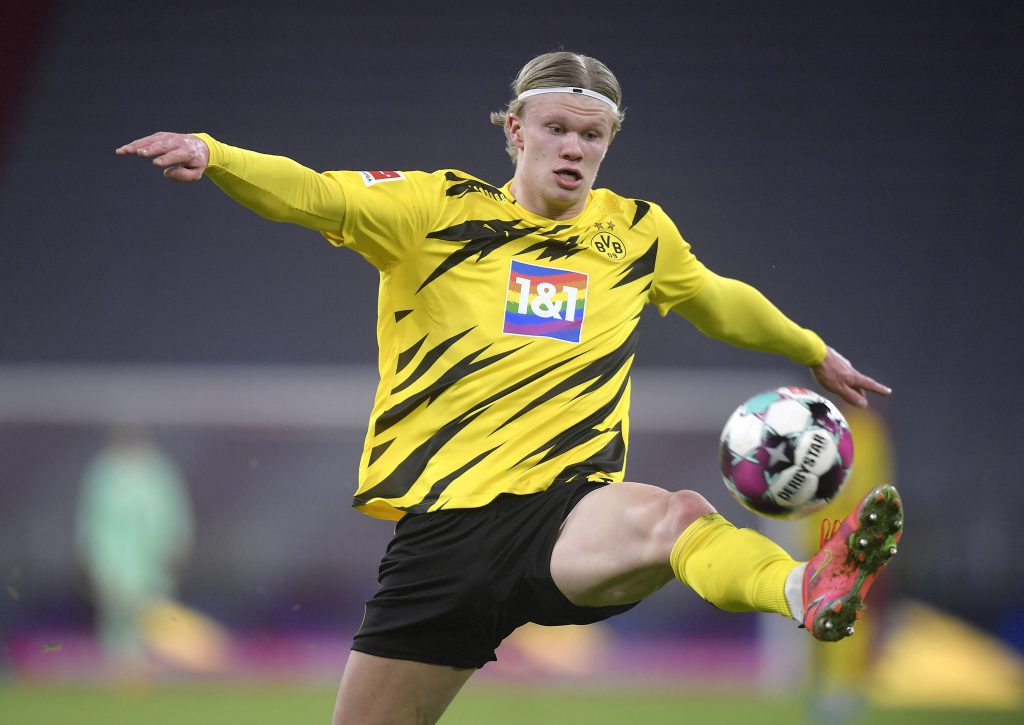 European football expert Lars Sivertsen believes that Erling Braut Haaland will push for a summer move if Borussia Dortmund fail to qualify for the Champions League.

Dortmund’s 4-2 defeat against Bayern Munich on Saturday left them sixth in the Bundesliga, four points behind fourth place with 10 games remaining.

The 20-year-old has been linked with all of Europe’s top clubs, including Chelsea, Manchester United and Manchester City.

Sivertsen suggested it could be difficult for Dortmund to keep hold of Haaland if they don’t force their way back into the top four in Germany.

“I think the plan was very much for him to stay at Dortmund for one more year but, of course, everyone in Norway wants to know what will change if they don’t make the Champions League,” Sivertsen told talkSPORT.

“He has said the Champions League is the tournament where he expects himself to play for the rest of his career. That’s where he has set the bar himself.

“He was pressed fairly recently by Norwegian TV for an answer on this, and in very typical fashion he responded: ‘We are going to make the top four – it’s not an option to not do it’.

“It’s a good non-answer for a footballer, but that’s who he is. The idea that he doesn’t consider failure a possibility and it doesn’t come into his thinking.”

Haaland has made a phenomenal impact since joining Dortmund in 2020, scoring 45 goals in just 46 games in all competitions for the German club.

However, with Dortmund currently struggling for consistency, they may well miss out on qualifying for Europe’s premier club competition.

Haaland’s talents would be wasted in the Europa League, and the Bundesliga outfit could find themselves under pressure to sell him this summer.

The current economic uncertainty potentially complicates matters and may force Haaland into revising his stance on the clubs he is willing to join.