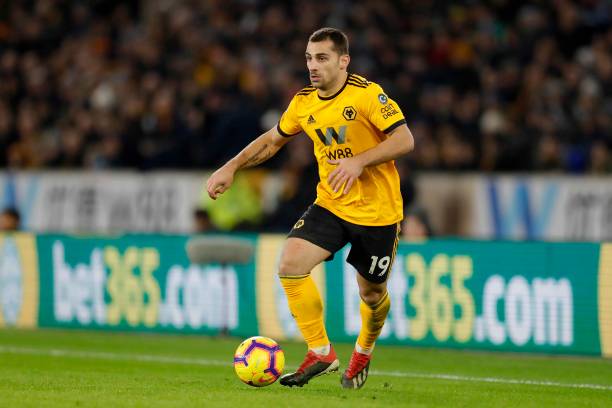 According to the BBC, Wolves are in talks with Atletico Madrid about completing a club record £18million transfer for Jonny Castro Otto.

The defender has played 21 times across all competitions since joining on loan in summer from the Spanish outfit, and has impressed enough to earn himself a permanent move.

The 24-year-old was signed by Atletico from Celta Vigo last summer before he was loaned out immediately to the Premier League side.

The £18million Wolves will pay should both parties reach an agreement will equal the fee they paid Middlesbrough to secure the services of winger Adama Traore in July, and Spanish football expert Guillem Balague has broken down what has made the move possible.

Crucial for Morata transfer. Jorge Mendes helping his friends at Atlético: used his connections with Monaco for Gelson loan deal and his link to Wolves for them to pay for Jonny. That frees budget so Morata can join Atletico https://t.co/vYDkPYeWMK

The versatile fullback Spain international is proving to be an inspired addition to the team, and Wolves will be more than glad to break the bank to make him theirs on a permanent basis after an impressive start to life in the top-flight.