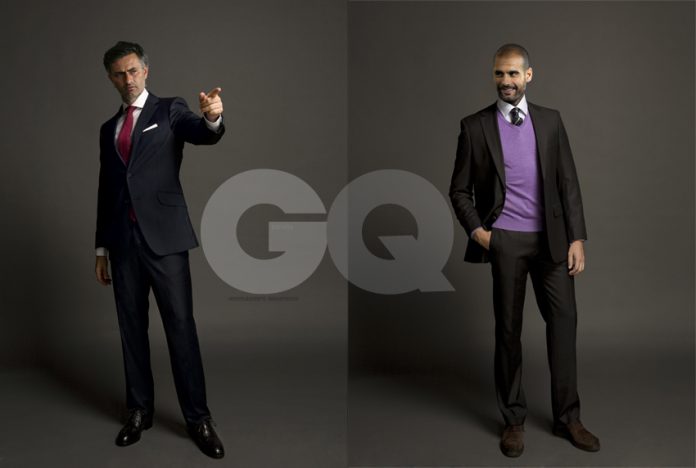 Jose Mourinho is the sort of manager that people say could start an argument in a telephone kiosk. It’s probably true, so long as he had enough credit on his ‘phone card to call Pep Guardiola. It’s an open secret that the two are not exactly bosom buddies, being hewed from a different seam of trophy-winning substance. Although it’s pushing the caricature too far, Guardiola is the darling of the aesthetic open passing football genre, whilst Mourinho is the pragmatic coach dedicated to winning. Each clearly irritates the other. Friday’s Super Cup meeting between Guardiola’s Bayern Munich and Mourinho’s Chelsea is therefore imbued with somewhat more passion than the game that is broadly Europe’s Community Shield game, normally involves.

It’s often said that Mourinho needs someone to battle against to get the best out of him. When the Portuguese took over at Real Madrid, Guardiola ensconced at Barcelona, as the coach of the top club side in the world was an obvious target. Not only that, the history that Barca had with – or should that be against – Mourinho meant that this was a gauntlet that Guardiola could not pick up, no matter how often he tried to rise above his rival’s baiting.

Mourinho’s main stated beef was that the Blaugrana always seemed to get the good end of any controversial decision from the football authorities, especially UEFA. Often citing the club’s shirts carrying the UNESCO logo as a cynical attempt to appear as the squeaky clean club, there may have been a measure of logic in his approach. It was certainly a grudge that carried back to the first spell at Chelsea, and a certain incident with a referee who later retired after receiving death threats.  The worst incident probably came in the fracas of an El Classico game when Mourinho poked a finger into the then Assistant Manager, Tito Villanova.

Now with the chance to renew hostilities with his bête noir, Mourinho has already sought to stoke the fires. Speaking to the German press, he remarked that the team that won the European Cup, bestroying Barcelona on the way, was Jupp Heynckes’ team, not Guardiola’s and questioned whether the current team was as good. There’s no arguing that there’s truth in what he said, but there’s also no denying that he didn’t really need to say it.

Getting one over on your rival, especially when it’s someone that you really dislike is always a little bit more delicious in victory. Watching the dugouts for what will surely be a cursory handshake at best on Friday, will be interesting. It’s fairly safe to say that both managers will want victory in this otherwise fairly meaningless game, to a level more than the fixture requires. This is just what you do however when you’re the best of enemies.