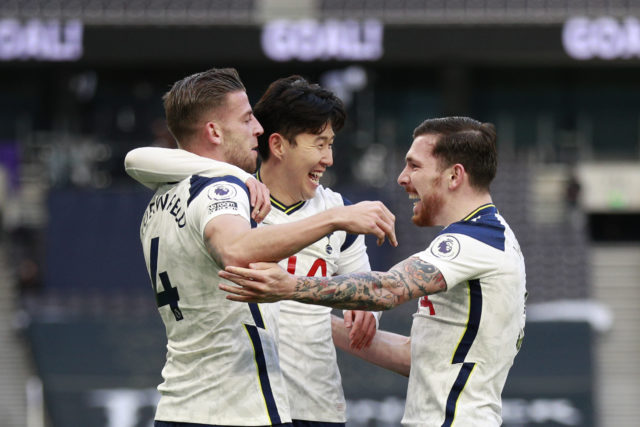 Former Tottenham Hotspur player Graham Roberts has suggested on Twitter that Spurs must abandon their style of play under Jose Mourinho after they lost 3-1 at home against Liverpool in the Premier League on Thursday night.

The Premier League champions returned to winning ways in impressive fashion and moved back into the top four after rediscovering their cutting edge in style.

Goals from Roberto Firmino, Trent Alexander-Arnold and Sadio Mane sealed all three points for the visitors. Pierre-Emile Hojbjerg scored a spectacular 20-yard volley in the second half for Spurs.

Roberts was left puzzled with Mourinho’s team selection after Toby Alderweireld wasn’t included in the starting line-up. He suggested that Spurs defence needs a complete overhaul and questioned the decision to drop the Belgian, arguably the club’s best defender.

The former Spurs hero has also criticised Mourinho’s style of football. The Portuguese boss has taken a more cautious approach against top sides in the league, focussing more on counter-attacking football.

Against the Reds, the north London outfit managed only three shots during the game and Roberts said that he wants to see the north Londoners playing more offensive football.

Spurs produced a lacklustre performance on the night, and they looked devoid of ideas even after Hojbjerg pulled one back for the home side in the second half.