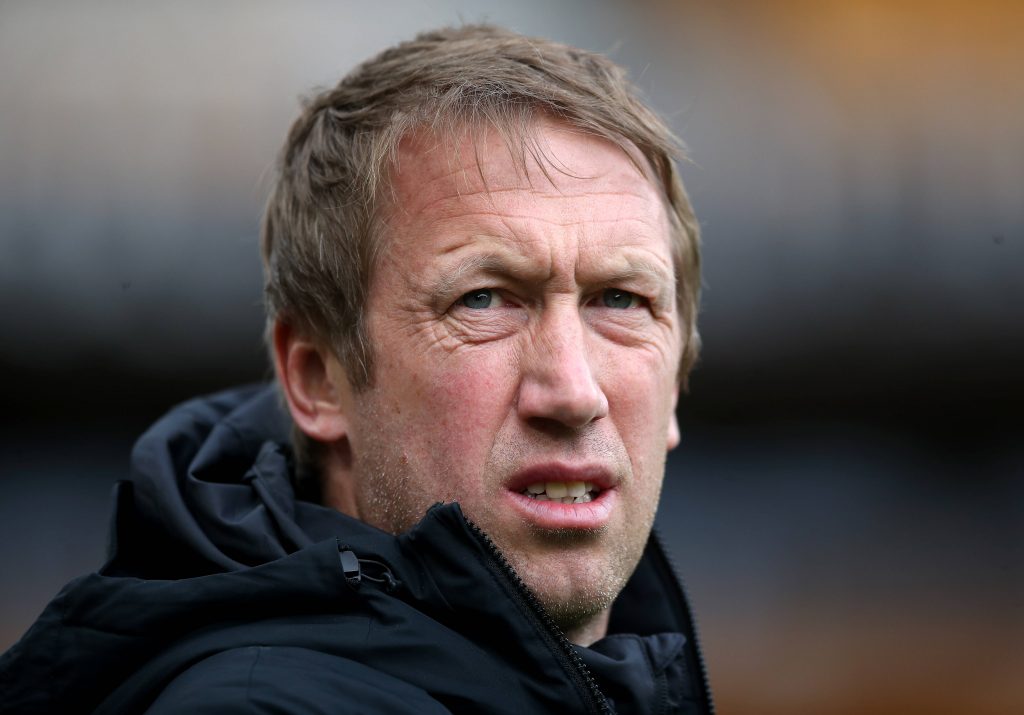 Graham Potter has played down reports that he could be set to replace Jose Mourinho at Tottenham Hotspur, insisting he’s happy at Brighton & Hove Albion.

Tottenham are in the hunt for a new manager after Mourinho was sacked in April, less than a week before the club’s Carabao Cup final.

Former midfielder Ryan Mason has taken temporary charge and won both of his two league games against Southampton and Sheffield United, although he was beaten at Wembley by Manchester City.

Several names have been mentioned as potential successors to Mourinho, although it doesn’t seem like an announcement is close.

Julian Nagelsmann was the number one target, but he has instead gone to Bayern Munich, while Ajax’s Erik ten Hag has renewed his contract in Amsterdam.

Potter was one of the men linked with the job. Despite Brighton’s league position, the former Ostersund boss has been praised for his brand of football.

Potter has denied reports that he is set to depart the AMEX Stadium for Spurs, claiming that he is happy where he is.

Speaking ahead of his side’s trip to Wolverhampton Wanderers, Potter said (via Brighton and Hove Independent): “I think that’s the challenge of being a football coach, certainly in the modern day, there is speculation, positive and negative.

“It was only a few months ago I was answering questions whether I had the support of the chairman, so you’ve got to take these things with a pinch of salt.

“My focus is on here. I am doing as well as I can – I feel I have the support of the board, the players, the staff, we’re in a really exciting moment in terms of we’ve done a lot of work, and we want to carry that on.

“We haven’t finished anything here, there’s a lot to do, and I am really happy here.”

The Seagulls have staved off any serious relegation fears and currently sit in 14th in the Premier League with four games remaining. They need just three more points to guarantee their survival.

In their 34 outings, they have conceded 39 goals, which is the fewest in the bottom half and the seventh-fewest in the entire division. If they can start scoring more, they should be much improved for next season.