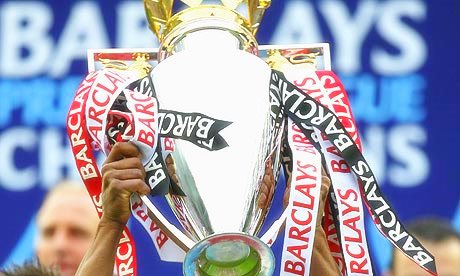 The English Premier League is easily the most watched football league in the world. Although overshadowed by some of their Spanish counterparts on the pitch they still have a much bigger share of international viewership.

Millions and millions of fans around the globe from over 200 countries tune in every weekend to see 90 minutes of football, and in most cases it is the Premier League (fun fact – Manchester United attract 50% of the global Premier League audience).

EPL generates a fortune from overseas TV deals – the current three-year contract pays them £479 million a year. Compare that to their closest rivals La Liga, which earn £132 million a year, and Serie A, £74 million a year.

Since it’s re-branding in 1992, Premier League has risen way above the standards and it has done pretty well in capturing markets far away from home, like Asia and the US. Imagine the diversity of culture and people that one brand of football is covering. In 200 countries, there will be at least 200 different kinds of experiences.

Sporting Intelligence have a wonderful initiative titled ‘The Global Game’ which aims to discover and share the veiws and experiences from football viewers from around the world.

Sporting Intelligence is inviting readers who watch the Premier League overseas to send your experiences at [email protected], answer all the following questions and preferably include an image of yourself (JPEG). If it is the first submission from your country, it is almost certain that it will be displayed for the entire world to see.

For details and to view the submissions that have been made live already, visit: Premier League – the global game.

Bonus: Here’s our editor’s entry to the Global Game project: How the Premier League is seen…in Pakistan.