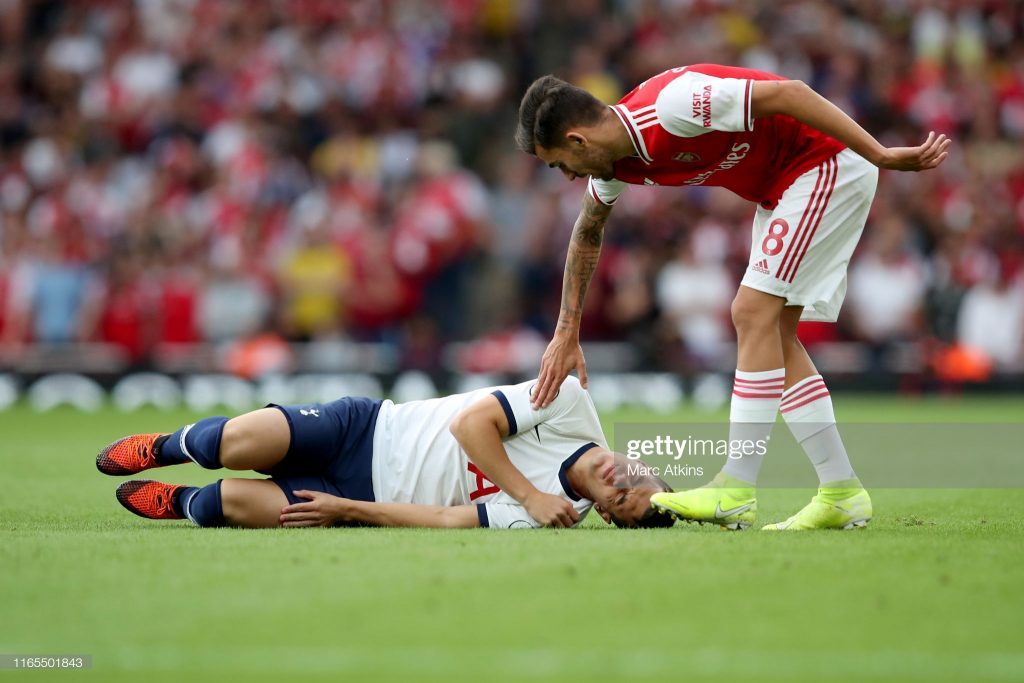 Tottenham Hotspur left The Emirates Stadium on Sunday with a point following a 2-2 draw with Arsenal.

Spurs had raced into a 2-0 lead 40 minutes into the game through goals from Christian Eriksen and Harry Kane, but Alexandre Lacazette pulled one back for the hosts on the stroke of half-time.

Arsenal completed their comeback 26 minutes after play restarted as Pierre-Emerick Aubameyang outwitted Spurs defence, and despite coming close to winning after seeing Sokratis’ goal rightly chalked off for offside, the Gunners couldn’t make most of their superior ball possession and home advantage.

Tottenham boss Mauricio Pochettino would have been left to rue his side’s injuries, with the absence of Tanguy Ndombele and a primary right-back proving costly.

Giovani Lo Celso was the only summer signing available to play, and the Argentine came off the bench to replace Son Heung-Min with 10 minutes to play.

The former Real Betis midfielder couldn’t influence proceedings but was glad to have made his North London derby debut, and here is how he reacted to it on Instagram:

Pochettino is slowly integrating Lo Celso into the team, and it will be interesting to see if the former Paris Saint-Germain man can force his way into the starting XI.

That depends on Eriksen’s future at Tottenham, though, and should the Dane remain in North London beyond today’s European transfer deadline, the summer arrival has a big fight on his hands from now till at least January.