Quotes of the Week in Italian Calcio

You didn’t know that Salma likes Italian football? Or can quote the great masters of literature? Do you really care? 😉

“I wouldn’t repeat the same gesture that cost me a five-game ban. It was a big mistake, especially for the example that I set the children who were watching.” — Antonio Cassano of Sampdoria

Were the children he was talking about one of the jewels of Bari Vecchia? Maybe he needs to tell himself “Vai a fan****!” the next time a Cassanate is on the horizon? Can a referee card him for that? “Mister Collina, the player was cursing himself. Repeatedly. Then he threw his shirt at himself. Should we fine him? No, his behavior has improved markedly. We should buy him another shirt, and call Donadoni…”

“Inter have some tough games coming up and we have been chasing them for two years.” — Daniele De Rossi of AS Roma. Speaking of chasing, some supporters behind the goal are still looking for the spot kick he sailed over Van Der Sar.

“If I have to analyse this game, then I say Palermo had three shots on goal and Gigi Buffon did not make a single save.” — Claudio Ranieri of Juventus

Mister Ranieri with his usual concise, creative, and confounding analysis. Maybe the Americans should hire him for political commentary. “Hillary sounds like Caesar’s wife. Barack sounds like Caligula. John sounds like Mr. Abramovich.”

“Walter will do well because he has lost the short fuse of a player and reasons like a Coach. To be honest, he has surprised me. I remembered him as being brash and also a loudmouth. The day that I left Inter, I didn’t think that he would have a future as a Coach.” — Giovanni Trapattoni of Red Bull Salzburg and soon to be manager of Eire. He was also born on 17 March.

Speaking of short fuses, Mister Trap had a famous video during his time with Bayern Munich. Walter Zenga must have studied that before his first game on the Catania bench. Brash and a loudmouth? Walter? A former goalkeeper? A Northern Italian? 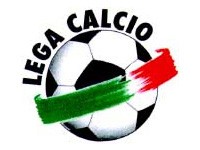 Image courtesy of Goalvideoz. Please click the image to view a video highlights menu after the game.

Image courtesy of Serie A TV. Please click the image for free video previews and selected clips after the games.

For live scores during the games, please click here.

For an ESPN Matchtracker of Serie A games, please click here.

For a live game tracker called Match View, in Italian, from the Gazzetta dello Sport, which has very detailed statistics and graphical displays, please click here. You may have to click on the number of the week to see a full fixture list.

For a live radio stream (subject to availability) from RAI, please click here.

If you are new to calcio and the Italian language, I wrote an article called “Soccer Terminology in the Mother Tongue.” Unfortunately, you will not learn the actual chants (i cori) from the stadiums, useful terms to describe rival players and fans (gli avversari), or how to compliment your favorite referee (l’arbitro). For those, you will need to make a visit to bella Italia… 😉

Place your predictions below and may Gerry McDonnell grace us with his odds. And may Salma grace you with, well, I will leave that to your imaginations.

“I could never die on Sunday. Then I would miss my Italian football.”