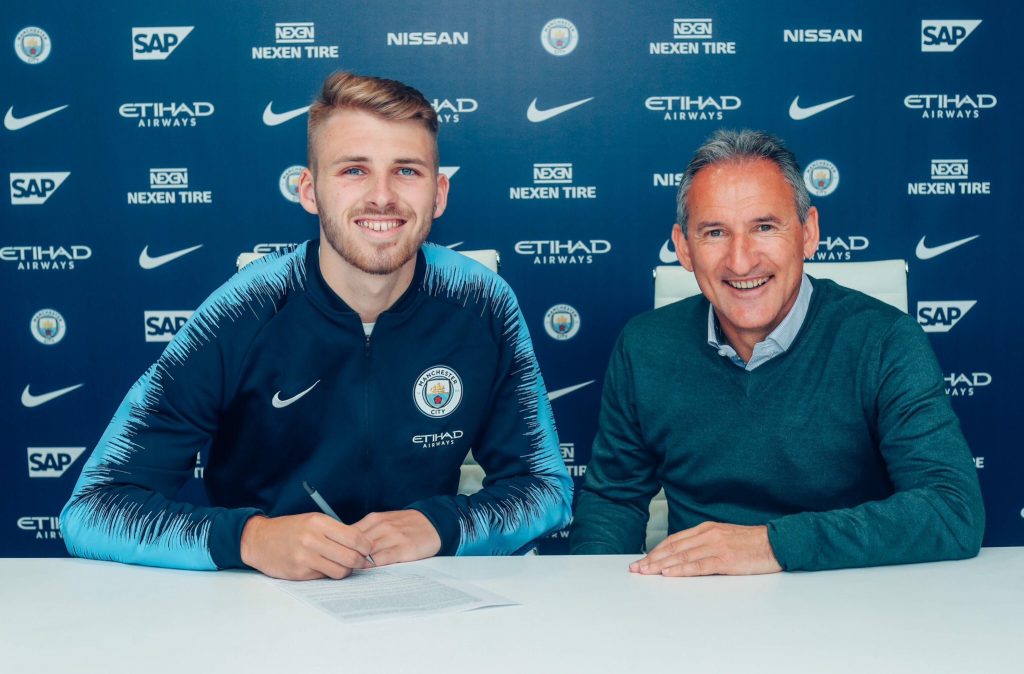 We reported on Friday that Manchester City had agree a new deal for highly-rated goalkeeper Daniel Grimshaw and supporters are delighted with the news. Grimshaw was out of contract this summer but is now staying at the Etihad Stadium until 2021.

Get in! Delighted for you lad

Well deserved Dan. Such a grounded young fella with a fantastic and respectful attitude. Opportunities like this don’t happen everyday and it couldn’t have happened to a more genuine and super talented lad. Massive future in the game and all down to you Dan ????

Congratulations on the new contract. Looking forward to seeing you play over the next 3 years ? #mcfc

The 20-year-old was promoted to the first-team last season and will be competing with Ederson and Claudio Bravo for a starting place in 2018/19. Grimshaw has made 36 appearances at youth level for City and is yet to make a first senior outing.

With City struggling to complete deals to bring in their transfer targets this summer, fans have had little to shout about. The Sky Blues may have won last season’s Premier League title at a canter, but that doesn’t stop them trying to strengthen for a difficult campaign to come.

Grimshaw’s renewal suggests the goalkeeping positions will now be left alone for the summer, as manager Pep Guardiola has Ederson, Bravo and Grimshaw in the first-team, but his journey doesn’t stop there. The task is now to get minutes in the senior side and prove he belongs with the big boys.

He’s still young and has a potentially successful career ahead of him, so it’s all about how Grimshaw applies himself in the next three years in Manchester.