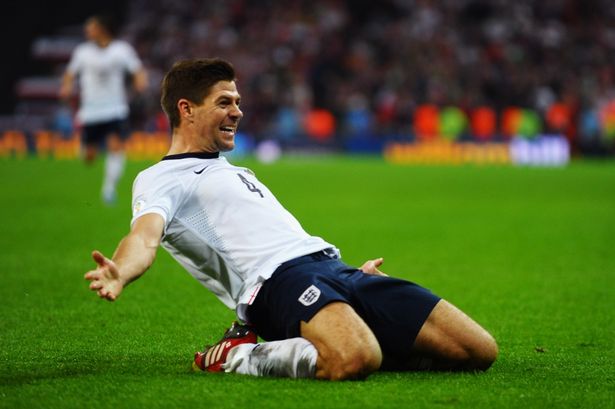 Sir Alex Ferguson in his autobiography devotes some space for Liverpool and its skipper Steven Gerrard that became a subject of serious discussions among players, ex-players, managers, common fans to everyone.

The highly successful manager of Manchester United heaved high praises on Gerrard through his managerial career, but in his book, he said that he doesn’t consider the England captain as a “top, top player.”

It came as a surprise to many of us as we always thought Ferguson has always had all but admiration for him. Not only did he tried to sign Gerrard in the past but heaved high praises on him at times, even comparing him with club legend Roy Keane.

Gerrard certainly had no wish to get involve into war of words with Ferguson. Rather, he says that he is a big fan of him and considers him as one of the best managers of all time. But, it seemed, he was bit perplexed with that comment of Ferguson.

In an interview with Daily Mail, he said:

‘Listen, he’s entitled to his opinion. I’m a fan of his; he is one of the best managers in the world. I won’t lose any sleep over it. Throughout my career I have had praise from all types of people – including him – and I am not vain enough to take it all. I have had some unbelievable praise from him and he tried to buy me, certainly on one occasion. Maybe even two.”

Gerrard further added that he is not looking or thinking even to break any countrymen’s record in terms of appearances, but he always wants to give his best and make everyone proud.