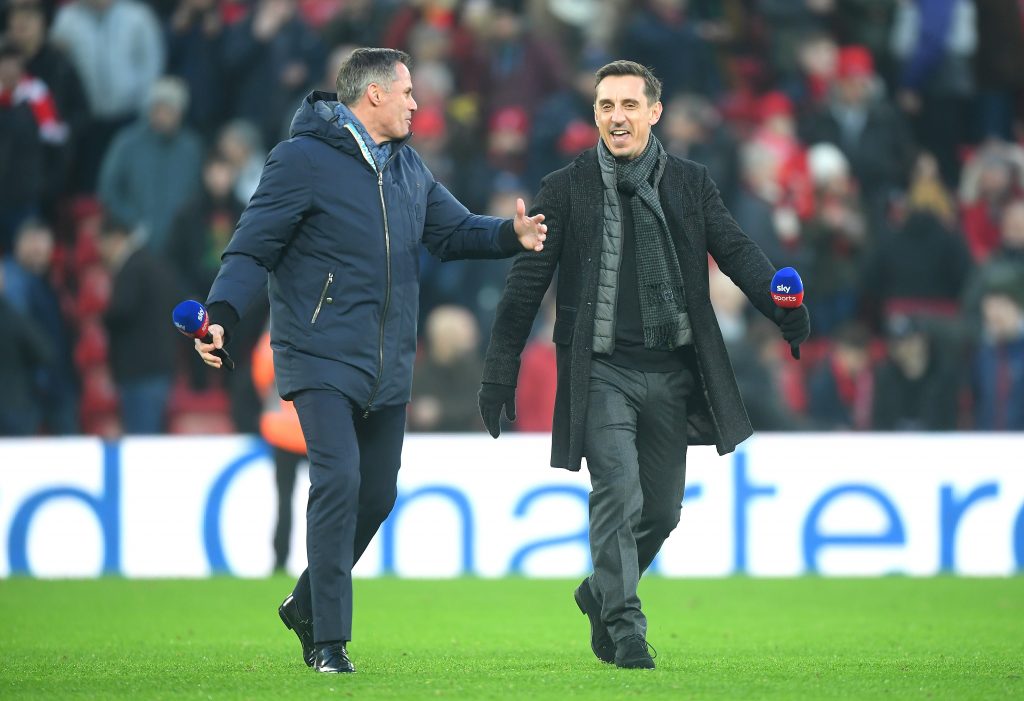 Former Manchester United defender and club icon Gary Neville has insisted that the Premier League must be completed, even though he is aware that it means Liverpool will lift the title for the first time in 30 years.

Football in the UK has been suspended till the end of next month, but the way the Coronavirus has spread in the entire world, it doesn’t seem like the situation will improve anytime soon. It means, Liverpool, who require only two wins out of their last nine games, may have to wait longer to taste their first Premier League success.

The Sky Sports pundit feels that the football governing body need to take their time before making any definitive decision.

Neville has claimed that he keeps on telling his Sky Sports colleague Jamie Carragher that if the season is cancelled and Liverpool are given the title, then there would be a little asterisk sign next to it.

“I am fully aware (Liverpool will be champions),” Neville added. “I’m trying to keep away from the rivalry things at the moment. I always look at it as if my team were at the top, I would want it to resume,” said Neville, as quoted by The Standard.

“If Liverpool are at the top at this moment in time in such an emphatic position, I do think it should resume as well. Although I do keep sending (Jamie) Carragher an asterisk sign saying if it does get cancelled and if they do get given the league there will be a little asterisk sign next to it.”

The UK prime minister Boris Johnson has implemented a national lockdown on Monday night. According to reports from the Evening Standard, Neville has made his two hotels in Manchester available for free to NHS staff dealing with the Covid-19.