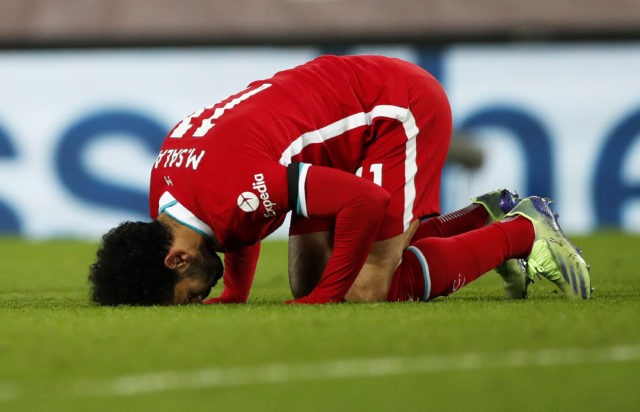 Gary Neville and Jamie Carragher have picked Mohamed Salah in their Premier League team of 2020 on Monday Night Football at Sky Sports.

Six players from Liverpool have featured in the team, but Sadio Mane has been the most notable omission. The Sky Sports pundits have picked Salah and Tottenham Hotspur’s Son Heung-Min in place of Mane.

Neville has described the Egyptian forward as ‘cold-blooded’ and explained he chose him over his Liverpool teammate.

The selection has been made based on the performance of the past 12 months.

Neville is absolutely spot on that both Son and Mane are world-class, and every team in the world would love to have them. But Son has been outstanding this season, while Mane is going through a barren spell in terms of goal scoring.

Salah and Mane are different types of players. While Mane is more of a team player who is a constant menace on the left-flank, Salah is an accomplished finisher.

There is an element of unpredictability in Mane. Salah scores. Salah provides assists. Salah wins matches. Since joining the club for a reported fee of £34m, he has been an epitome of consistency. He has set such a high standard that it seems like normal stuff these days.

Salah is a bit more selfish when it comes to scoring goals. He has scored some outrageous goals for the Reds in recent years, which shows his confidence in his ability.

There aren’t enough left-footed attackers in the Premier League who are world-class and graceful like the Egyptian, and he totally deserves a spot in the team of 2020.