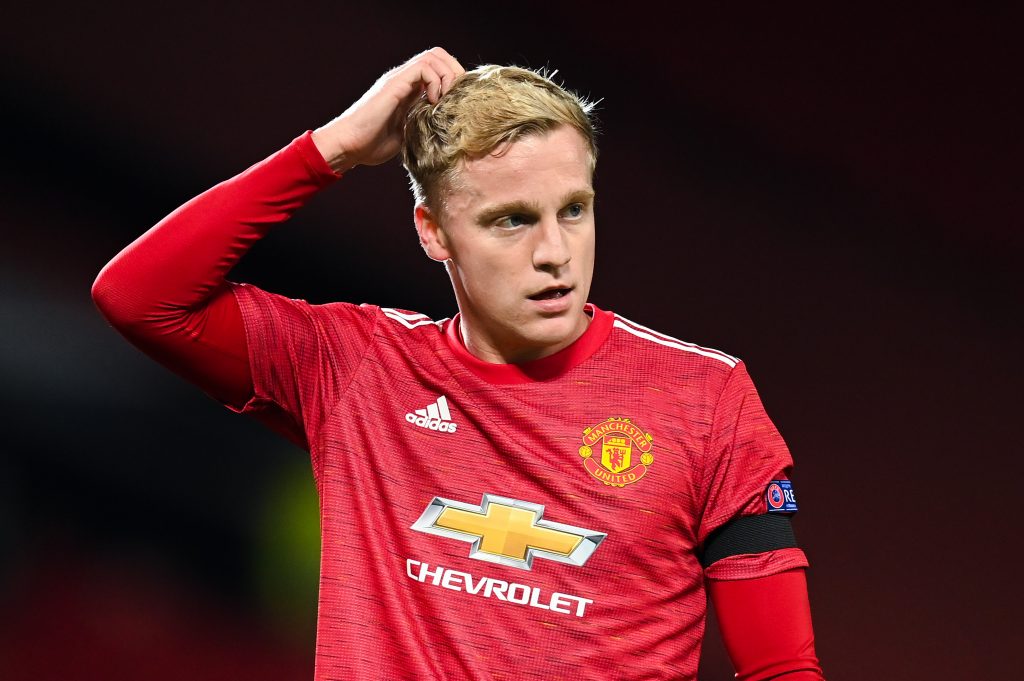 Manchester United legend Gary Neville has said that he has been baffled by the Red Devils’ handling of Donny van de Beek this summer.

The Netherlands international was the Red Devils first major signing of last summer’s transfer window, and he arrived with much fanfare.

The former Ajax man came up with the reputation of being a brilliant box-to-box midfielder, but he has failed to make a mark with United.

His handling by Ole Gunnar Solksjaer could be questionable, considering the Norwegian has offered him just 1,130 minutes in his 29 appearances.

In a Q&A session on Twitter earlier today, Neville was asked by a fan regarding the club’s misuse of Van de Beek, and he was equally surprised with the situation.

I’m baffled by what’s happening with him. He must be really low. https://t.co/8bGnrQISAx

Van de Beek was purchased by the Red Devils for around £35 million, and the move has not worked as planned, with the Dutchman averaging 39 minutes per appearance.

It is unclear how the 23-year-old views his situation, but he could take motivation from how Fred was able to transform his career with the Mancunian giants.

The Brazil international suffered a similar situation during his debut campaign in 2018/19, but he has become a key player for the Red Devils.

Solskjaer previously urged for patience with Van de Beek, and only time will tell whether the Dutchman can forge a successful career with the club.

There continues to remain constant speculation regarding his future, and it has been recently claimed that he could be offered in a swap deal for Juventus’ Adrien Rabiot.