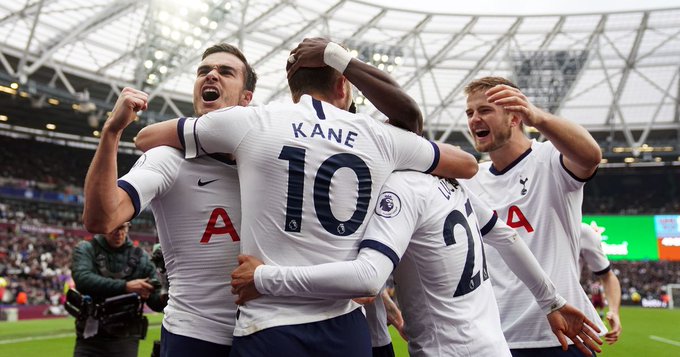 Tottenham Hotspur secured their first away win in the Premier League this season after beating London rivals West Ham 3-2 on Saturday at the London stadium.

Former Spurs striker turned popular football pundit Gary Lineker was commenting on the game, and shared his reaction after the final whistle on Twitter. He wrote:

A winning start for Jose Mourinho. You can see it, of course, on @BBCMOTD tonight. 👍🏻

It was Tottenham’s first win under new manager Jose Mourinho and also first in the Premier League in six games.

Son Heung-min scored the opening goal for Spurs and Lucas Moura made it 2-0 at the break. Harry Kane scored four minutes after the interval to make it 3-0.

Two late goals from substitute Michail Antonio and Angelo Ogbonna put a gloss on the scoreline, but Spurs were in complete command of the game. They were absolutely brilliant in the opening 60 minutes, and there’s plenty of positives they can take from this game.

The result piles pressure on West Ham boss Manuel Pellegrini as the Hammers have now collected only two points from their last seven games.

Spurs enjoyed 53% of possession and attempted 15 shots of which they managed to keep six on target, according to BBC Sport.