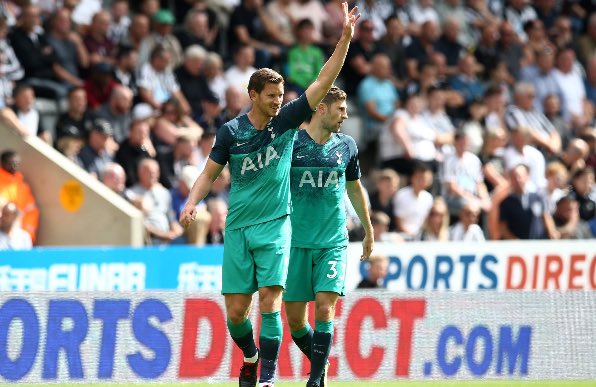 Tottenham Hotspur started their 2018-19 season on a positive note after earning a 2-1 win against Newcastle United away at St James’ Park on Saturday.

Jan Vertonghen scored the opening goal for the visitors inside the first ten minutes.

The lead didn’t last long as Newcastle equalised three minutes later thanks to a fine glancing header from Joselu.

Just when Newcastle were getting a grip on the game, their defence was caught napping again, and Spurs took advantage of some sloppy defending. In the 18th minute, Dele Alli scored a free header after meeting a delicious cross from Serge Aurier on the right.

Former England striker and BBC pundit Gary Lineker took to social networking site Twitter to express his reaction after the game. He noted that Spurs have showed that they can still win matches without making loads of signings.

Newcastle did improve after the break and created some very good chances, but they couldn’t find the finishing boots. New signings, Kenedy and Rondon, both came close to scoring with the latter hitting the crossbar towards the end of the game.

Tottenham shocked everyone when they failed to sign a single player in the summer transfer window, but Lineker pointed out that Spurs can still win matches without any new addition.

On the other hand, Newcastle did sign a few players, but their transfer business were underwhelming to say the least. Although they did match Spurs toe to toe, Lineker feels they needed a few more signings.