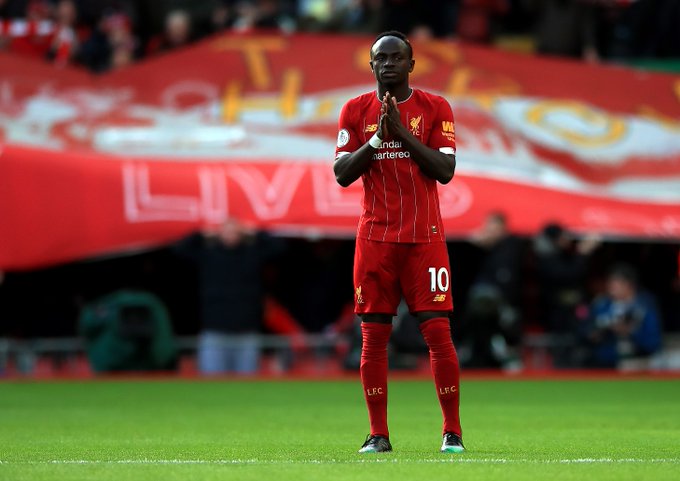 Liverpool started their new decade in style after winning 2-0 against Sheffield United on Thursday night, with Mohamed Salah and Sadio Mane both scoring at Anfield in the Premier League.

Sheffield United presented Liverpool with one of the toughest tests in the first half of the season, and were hoping to replicate that performance, especially after a 2-0 defeat to Manchester City in their previous game.

However, the Blades had no answer to the Reds juggernaut, with skipper Jordan Henderson producing yet another outstanding performance. The victory means the yawning gap with Leicester City now extends to 13, with Liverpool having played a game less.

Former great England striker turned popular football pundit Gary Lineker took to social networking site Twitter to express his reaction after the game. Lineker was especially pleased with the performance of the Reds skipper and hailed him as the most underrated player in Premier League history.

Liverpool are 13 points clear with a game in hand. That’s nuts at this stage of the season. 🤣🤣🤣🤣

Mane and Salah are quite good.

Think @JHenderson might just be the most underrated player in Premier League history. Guess I might have just changed that.

Filling the boots of club-legend Steven Gerrard was never going to be easy, but Jurgen Klopp ensured the 29-year-old become a leader of a different kind.

Versatile, hardworking, and ready to lead from the front, Henderson’s impact often gets unnoticed under the excessive attention on the Liverpool front-three, the full-backs, the exceptional Virgil van Dijk, and the rock-solid Alisson.

While one can argue about whether Henderson remains the most underrated player of all time, Klopp’s comments after the game on the England midfielder sums up what he means to the side – flawed and underrated he maybe, but a gladiator nevertheless.

Klopp on Henderson: Yes, he is exceptional. Yes, he is outstanding. If anybody who’s with us still doesn’t see the quality of Jordan Henderson, then I can’t help them. Is Hendo the perfect football player? No. Do I know anybody who is? No. Is he unbelievably important to us? Yes