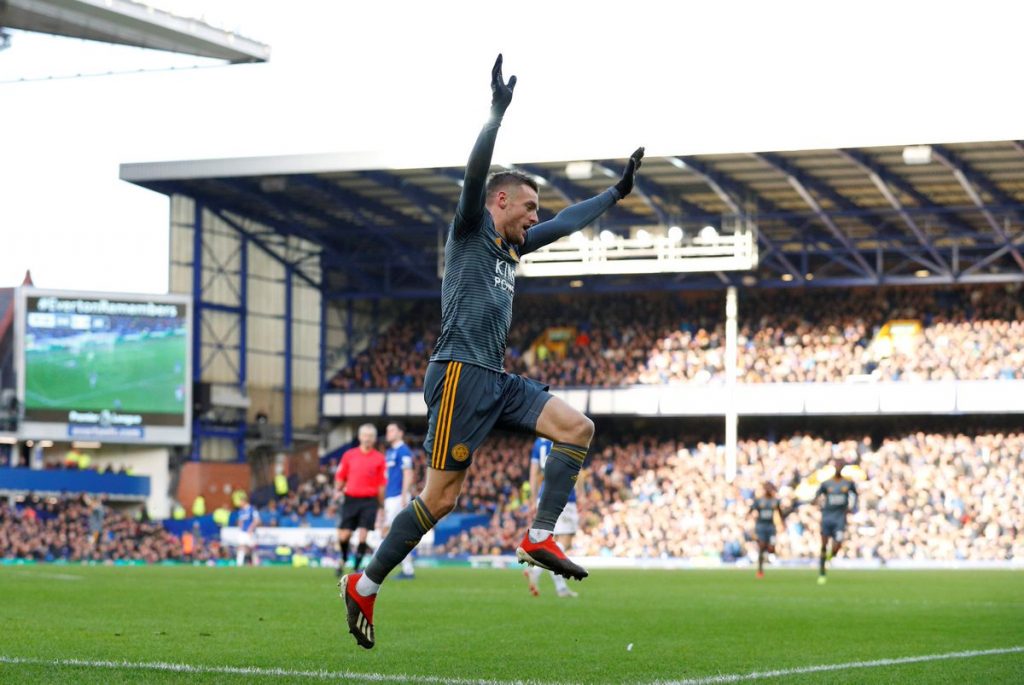 Everton suffered their fourth defeat in five games after losing 1-0 against Leicester City in the Premier League clash at Goodison Park on Tuesday.

After a drab goal-less first half, Jamie Vardy scored for Leicester to earn the Foxes all three points. His 58th minute strike was one of the major highlights in an error-strewn game.

After the match, former England striker Gary Lineker took to Twitter to express his reaction. He has hailed the victory as “terrific”.

Everton didn’t create enough clear cut chances, with Jonjoe Kenny’s first-half shot off the bar is one of the highlighting features.

As a result of this victory, Leicester have now jumped to seventh in the Premier League.

The Foxes managed only 40% of possession, registered eight shots of which they managed to keep four on target.