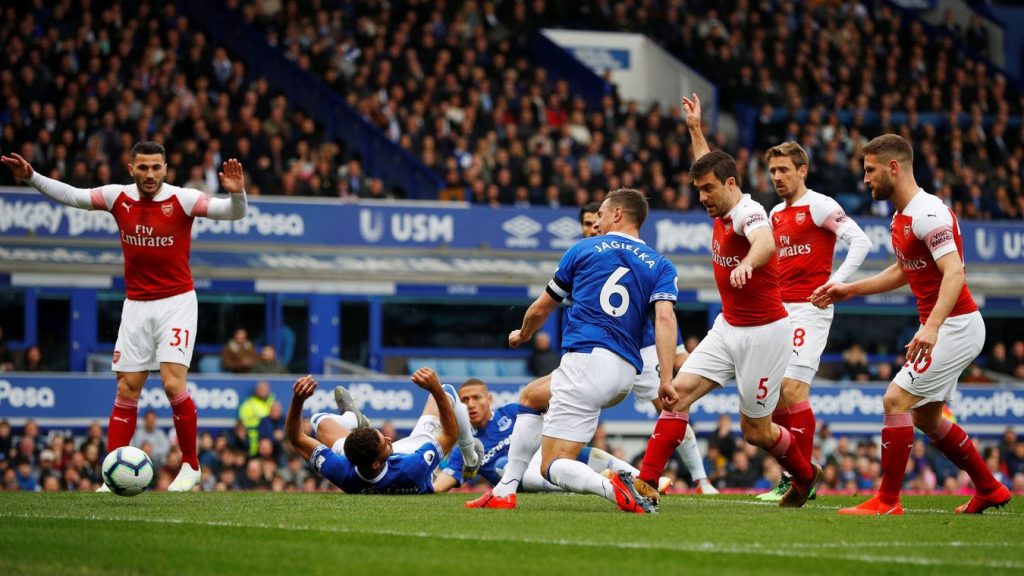 Everton picked up an impressive win over Arsenal in the Premier League yesterday.

Phil Jagielka’s goal gave Marco Silva’s side a morale-boosting win at home and popular pundit Gary Lineker has reacted to the result on Twitter.

Arsenal have been quite poor on their travels this season and Unai Emery will need to fix that problem if the Londoners want to play Champions League football next season.

They had a great chance to pull clear of Spurs in the third place, but they have failed to make the most of that opportunity.

Lineker tweeted that it was a good win for Everton but they should have won it comfortably in the end. The home side missed a few chances.

He also outlined Arsenal’s dreadful away form this season. Arsenal performance on the road remains a major worry for the fans.

Good performance from @Everton who should have won comfortably. @Arsenal really poor on the road again.

The BBC pundit will be delighted with the result because of his connection to Tottenham. Arsenal’s defeat will come as a huge boost to Mauricio Pochettino’s side in the race for the top four.

It will be interesting to see if Arsenal manage to bounce back from this and put in a strong performance in their next game. They cannot afford to slip up anymore if they want to keep up with Chelsea and Spurs.