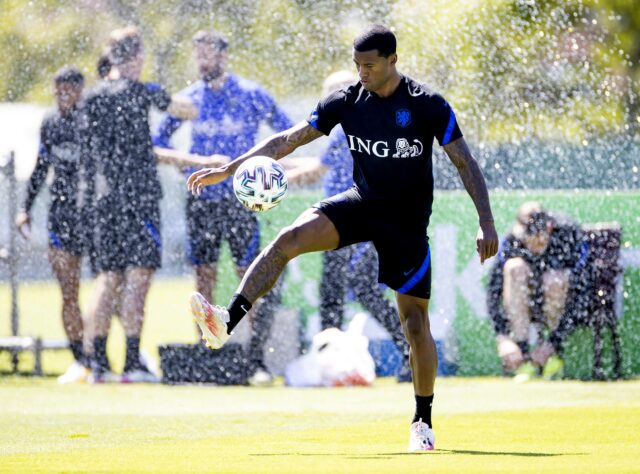 Although technically still a Liverpool player, it has been known for months that the 30-year-old will be heading elsewhere this summer.

Italian journalist Fabrizio Romano has provided daily updates on this saga, but the latest development is truly intriguing.

Since bidding goodbye to Liverpool, Wijnaldum has been heavily linked with a move to Barcelona, with Dutch boss Ronald Koeman a keen admirer.

Despite interest from Bayern Munich, it looked certain that he would join the Catalan giants on a free transfer.

However, in a dramatic turn of events, PSG moved in quickly and are now in the driving seat to sign the Dutch midfielder who is currently busy with the national team preparing for the European Championships.

…and that’s it: Pochettino has been directly involved in Wijnaldum’ turnaround to join PSG.

Poch called Gini several times, they met in 2016 as Poch wanted him at Spurs. Now, together in Paris 🇫🇷

Agreements were reached with Barcelona and medicals planned, but PSG came up with a better proposal.

The Catalan giants are refusing to match that offer, and Wijnaldum is now set to accept a deal with PSG until 2024, where he will pocket a salary more than double from what Barcelona had offered.

Former Barcelona player Gary Lineker has reacted to the news posted by Romano on Twitter.

Barça to let the Gini out of the bottle? https://t.co/jIh750nyuN

It’s tough luck for Barcelona – they have been trying to sign him for the past two years.

Pochettino previously wanted him at Tottenham, and now the pair are set to work together at PSG.