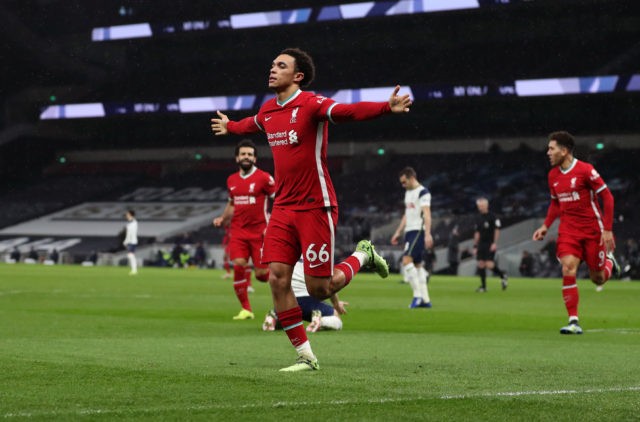 Alexander-Arnold, who is on £40k-per-week wages at Liverpool, scored one and provided an assist for Sadio Mane, as the Reds picked up all three points.

The 22-year-old defender was struggling badly with form this season after returning from a calf injury. However, he was simply superb on the night against Spurs, and Lineker has hailed him as a ‘class act’.

Every player has a dip in form, but the best players always bounce back. @TrentAA has done exactly that. Class act.

Alexander-Arnold is arguably one of the best right-backs in the league, but he was going through a dip in form. He scored the second goal of the match and provided a brilliant assist for the third goal.

It was the youngster’s first Premier League goal of the season, and it will surely give him huge confidence as the Reds look to close the gap with other title challengers.

However, Liverpool’s injury problems continue to hurt them and it could force Jurgen Klopp to delve into the transfer market, with the window closing in on Monday.

Virgil van Dijk and Joe Gomez are long-term absentees, while makeshift defender Fabinho has picked up a muscle injury. Joel Matip, another recognised defender, has picked up an ankle injury last night which looks like “something serious”.