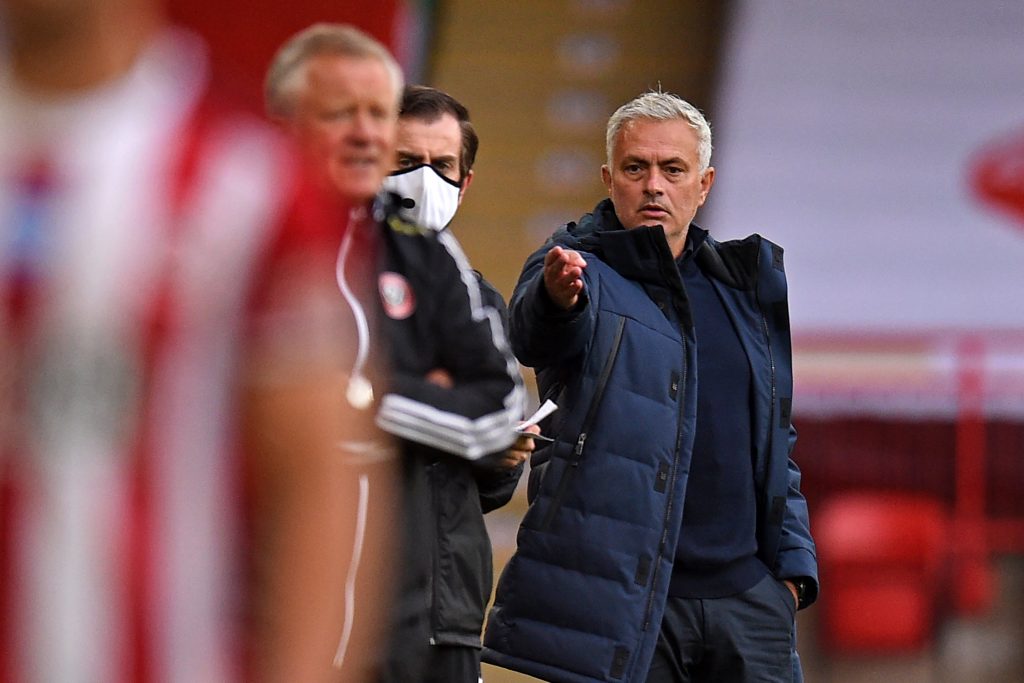 The defeat dealt a massive blow on Spurs’ slim chances of playing in the Champions League next term as it left them seven points behind sixth-placed Wolverhampton Wanderers with six games remaining.

While VAR cancelling out Harry Kane’s immediate equalizer played a part in the loss, Tottenham failed to impress in the second-half at both ends of the pitch.

They had the larger share of possession but it yielded nothing against a resolute Sheffield defence and sharp attack.

“You have to be ready to cope with negative moments and go until the last minute. In spite of my efforts in the dressing room, now I feel I know more about the profile of my players,” Mourinho told football.london after the game.

He further stressed what he meant when asked how he plans to motivate Tottenham players for the last few games.

“The manager can just help but the nature of the player as a professional is the most important. Clearly if these boys don’t care about results and don’t care about the position we finish at the end of the season we’ll be in big, big trouble for the future.

“So I hope that they care and fight for the best position in the table for the end of the season.”

Mourinho calling out the players hasn’t gone down well with Spurs fans, and here is how some of them and BBC Match of the Day presenter Gary Lineker reacted to it on Twitter:

He’s gone at the players early this time. https://t.co/fZikEoqAlj

Finally we entered stage one. José have no motivation problems only the players have. Some Chelsea, Real Madrid, Inter, Man U bells ringing ?

He loved the squad when he arrived, but is now saying he can’t motivate them. Well, off you pop then…🦖 pic.twitter.com/ATWdgpPhez

This is the start… it’s down hill from now.

Whose fault is it?? You or them? Very talented squad…

Because they are the ones who kick the ball…

@dancarrington11 lol throwing the players under early this time

Publicly questioning his players’ mentality could turn out to be a motivation for them as he hasn’t singled anyone out, but Mourinho has to share the blame for how his side played last night.

Spurs struggled defensively and should have done better while conceding those three goals.

He is solely responsible for the results at the end of the day, and while missing out on Champions League football is now very likely, failure to at least land a Europa League spot wouldn’t go down well.